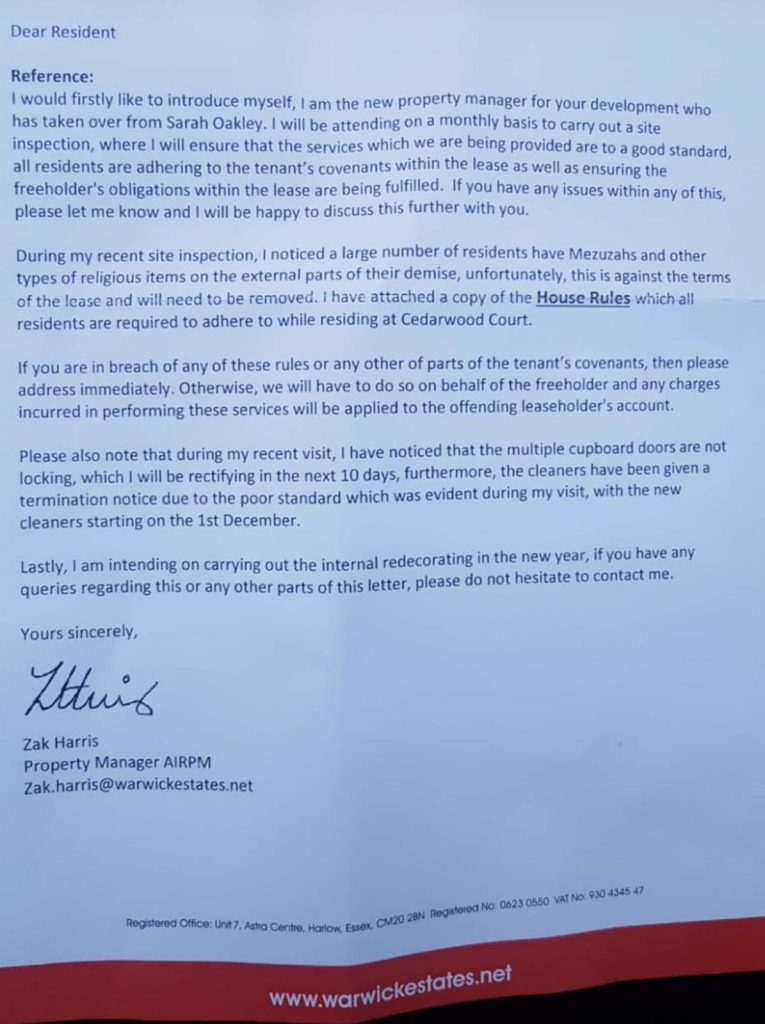 Residents of an apartment block in Stamford Hill, North London, were shocked to receive a letter before Shabbos warning them that the mezuzos on their front doors were a breach of the terms of their lease and would need to be removed immediately.

The letter, from the new property manager of Cedarwood Court, representing Warwick Estates, threatened that if the mezuzos, or “other types of religious items” were not removed, the agents would “have to do so on behalf of the freehold, and any charges incurred in performing these services will be applied to the offending leaseholder’s account.”

The letter was made public on social media by a non-Jewish resident Ivana Bartoletti, who said she was “appalled” by the threat to “vandalize my Jewish neighbours’ religious scrolls and then charge them for it!”

The matter has been taken up by the Mayor of Hackney, Philip Glanville, who has promised to raise the matter with Warwick Estates on Monday. Mr. Glanville described the incident as “clearly unacceptable, very insensitive and also distressing for the residents involved.”

Warwick Estates did not immediately respond to Hamodia’s request for comment.