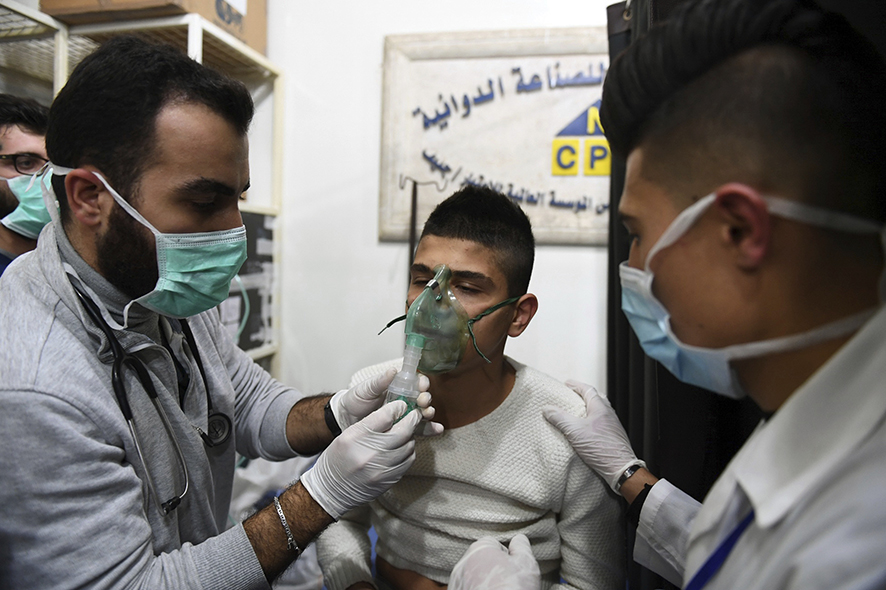 A Syrian official and the state news agency said Sunday that more than 100 people have been treated at hospitals after a suspected poison gas attack by rebels in the northern city of Aleppo, updating an earlier toll.

The Britain-based Syrian Observatory for Human Rights says 94 people were treated, with 31 remaining in hospitals.

Rebel commanders and opposition figures denied carrying out a chemical attack and accused the government of trying to undermine a ceasefire.