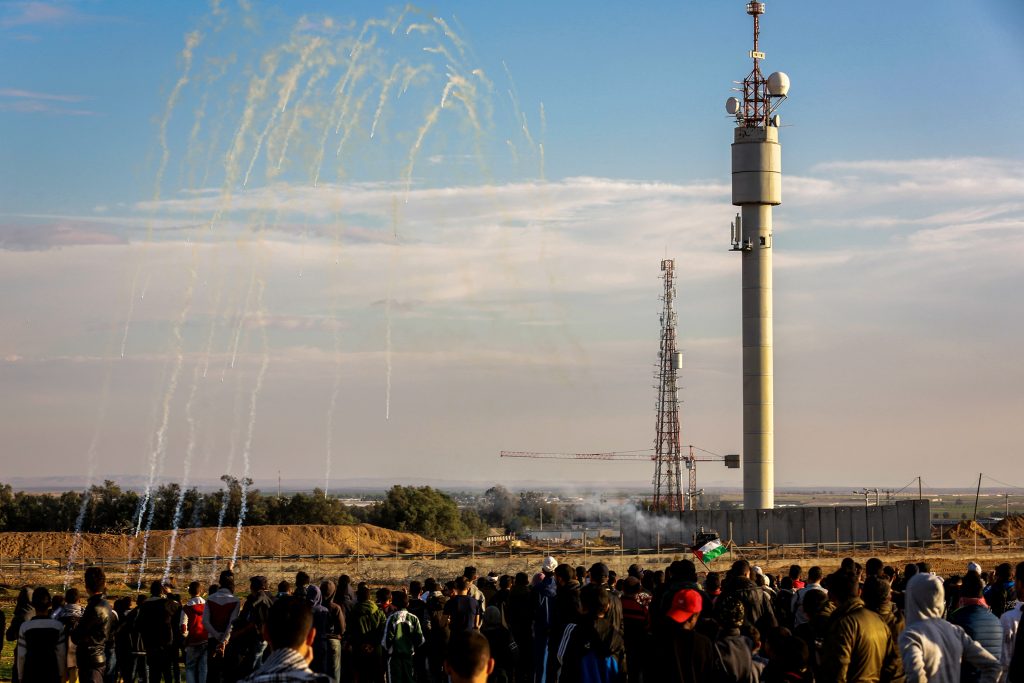 Residents of Gaza border communities on Sunday again blocked roads to the Kerem Shalom crossing into Gaza, holding up dozens of trucks and preventing them from delivering goods to the crossing. The protest is a continuation of actions taken in recent days by residents demanding better security. The protesters also pointed to the scheduled transfer of another $15 million to Hamas, set for this week.

While the IDF’s assessment of rioting along the Gaza border Friday was that the situation was gradually being brought under control, critics told Walla News that that assessment was too optimistic. Friday was very rainy and stormy, and Hamas had not supplied buses or tents for Gaza rioters, as they had been doing until now – and still over 10,000 rioters showed up, protesting against both Israel and the Palestinian Authority.

The Walla News report said that many top officials in the defense establishment were disappointed by the Friday turnout. The belief had been that Hamas would tone down the rioting on Fridays after a deal had been made to transfer cash for the payment of salaries and stipends to the families of terrorists, and for the transfer of gas and other supplies to increase the amount of electricity Gazans get.

It appeared, the officials said, that the riots of the last nine months that have been taking place at the Gaza border had sufficiently radicalized many Gazans, to the extent that they were now showing up for the riots even without being prompted to or aided in the effort by Hamas. IDF soldiers were “noticeably restrained” at the border on Friday, the report said. Gaza sources said that 14 people were injured in the riots.