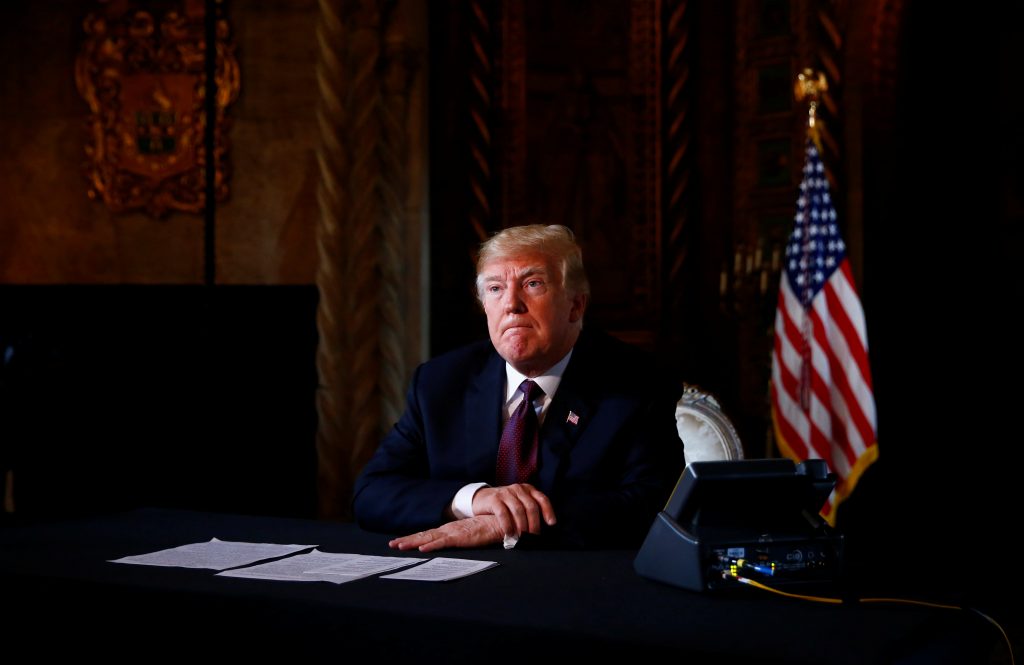 Congressional Republicans continued to line up this weekend to criticize President Donald Trump over his defense of Saudi Crown Prince Mohammed bin Salman, who the CIA believes ordered the killing of Saudi journalist Jamal Khashoggi.

Lee has split with Trump in the past over the U.S. policy on Saudi Arabia, particularly the U.S. support for the Saudi-led coalition’s military campaign in Yemen. Human rights groups say the Saudi role has contributed significantly to what the United Nations recently assessed as the world’s worst humanitarian catastrophe.

But even some of those who have sided with Trump in the past have begun to tire of his steadfast defense of Mohammed in the face of clear evidence of human rights abuses and U.S. intelligence’s high-confidence assessment implicating the prince in Khashoggi’s October killing.

Sen. Joni Ernst (R-Iowa), speaking on CNN, acknowledged that Saudi Arabia was a “great strategic partner” but added that the United States’ commitment to human rights and the rule of law requires Congress “absolutely to consider further action.”

“At such a time when it becomes necessary, the president also needs to speak directly to the Saudis and say enough’s enough,” Ernst said. “And if there are indicators coming from those intelligence agencies, he also needs to be involved in some sort of action.”

One bipartisan proposal in the Senate calls to impose additional sanctions on Saudi Arabia and others thought to be fomenting unrest in Yemen and to stop the sale and transfer of all weapons to Saudi Arabia until the Yemen campaign is scaled back. A bipartisan pair of senators also have invoked the Global Magnitsky Act, which enables sanctions over human rights offenses, to force Trump to formally say within a few months whether he thinks Mohammed was responsible for Khashoggi’s death.

Lee added that he hoped mounting fury at Saudi Arabia would become “an opportunity for the Congress to weigh in and say, let’s halt our efforts in Yemen.”

“Congress has to take some ownership of U.S. foreign policy,” he said.

Thus far, however, efforts in the House and the Senate to pass legislation that would use the War Powers Act to curtail U.S. military and intelligence support for Saudi Arabia have either fallen short or been stymied by leaders before they could ever get to the floor.

That leaves lawmakers with the option of launching investigations — something Ernst, newly appointed to the Senate Republican leadership team, endorsed Sunday.

“I do think we need to look into this further, and we need to understand where the investigations are leading us,” she said, adding that she hoped senators would receive more briefings from intelligence officials on Mohammed’s role.

In the House, Democrats are promising to tackle the Khashoggi matter when they take over the majority next year — and are openly questioning whether Trump’s defense of the crown prince is motivated by self-interest.

“Is his personal financial interest driving U.S. policy in the gulf, is it driving U.S. policy vis-a-vis the Russians? We don’t know, but it would be irresponsible not to find out,” Rep. Adam Schiff of California, the ranking Democrat and expected new chairman of the House Intelligence Committee, said on CNN, accusing Trump of being “dishonest” about the crown prince’s involvement.

“It telegraphs to despots around the world they can murder people with impunity and that this president will have their back as long as they praise him, as long as they do business with him potentially,” Schiff added. “That cannot be the guiding principle behind our foreign policy.”

Other Democrats questioned whether Trump simply had a soft spot for despots.

“Why does Trump have such an affinity for murderous autocrats? He defends Vladimir Putin of Russia, fell in love w/ Kim Jong Un of N Korea, admires Rodrigo Duterte of the Philippines & now refuses to accept CIA findings that the Saudi Crown Prince ordered #JamalKhashoggi’s murder,” Rep. Maxine Waters of California, the ranking Democrat and expected new chairwoman of the House Financial Services Committee, tweeted Sunday.

Both Waters and Schiff will be in a position to closely scrutinize Trump’s finances in connection with Saudi Arabia and other foreign governments next year.

When asked whether such scrutiny was fair, Lee sidestepped the question.

“I don’t know why he’s siding with the Saudis,” the Republican senator said of Trump. “But I think there are things we can do to change our relationship with the Saudis, notwithstanding what his personal motivations might be.”

“I’m also certain that in the next Congress people will look into that,” he added.