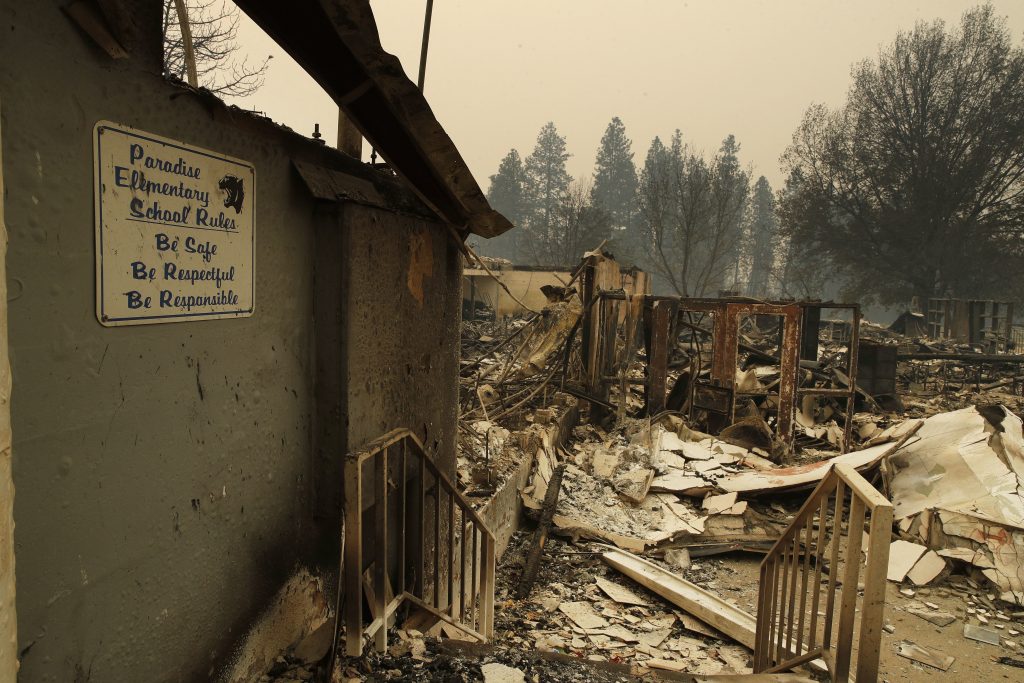 As Butte County recovers after the worst wildfire in California history, educators are faced with reopening schools even as the firefighters continue their work and searchers scour the area for more victims.

The countywide public school system has been closed since the start of the Camp fire Nov. 8. Officials said the hope is to reopen Dec. 3.

They are working to find replacement classroom space for schools that burned down in the fire.

“This is the equivalent to setting up a school district in two weeks. There are a lot of logistics, and we want to assure you that we’re on it,” said Mary Sakuma, deputy superintendent at the Butte County Office of Education.

Authorities are also assembling trauma counselors to be available at schools.

“This is not just about buildings,” she said. “Our staff, parents and students have undergone tremendous trauma. We can’t just come back to school after Thanksgiving like we used to.”

Paradise Unified is now operating out of a temporary location and said in a letter to parents several days ago that it was looking classroom space.

School officials have been asking for donations and other forms of support. Rancho Santa Fe businessman Bob Wilson has promised to donate $1 million to Paradise High School, one of the few campuses to survive the flames.

Educators in the areas burned by the Woolsey fire in Southern California are dealing with fewer problems but also difficult issues.

Schools in Malibu survived almost intact but they got very dirty. Cleanup will keep campuses closed even as residents are allowed to return to their properties.

Malibu’s four schools have been closed since Nov. 9, when they were included in the mandatory evacuation zones.