National Number of Missing in Deadly California Wildfire Revised Down, More Rain on the Way
National 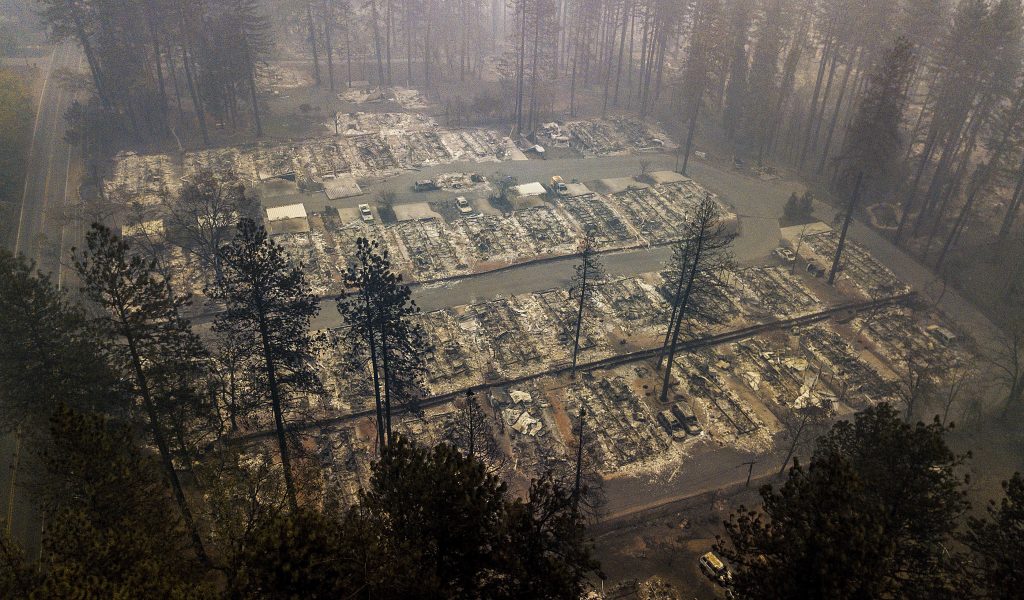 The number of people still missing after a northern California wildfire obliterated the mountain town of Paradise dropped to 249 on Sunday, the Butte County Sheriff’s Office said.

The number was revised down from 475 as people who were believed missing were found in shelters, staying in hotels or with friends, officials said, adding that many did not know they were on the list.

The search for the dead will continue at first light Sunday, in the ash and rubble of the so-called Camp Fire that started on Nov. 8 and killed at least 85 people and destroyed nearly 14,000 homes, in and around Paradise, California, about 175 miles northeast of San Francisco.

The death toll was increased late Saturday night by one, according to the Butte County Sheriff’s Office.

Searchers will have a few more days of dry weather, but starting late Tuesday, another 2-5 inches of rain is expected to drop on the Seirra Nevada foothills through next Sunday, hampering the searchers’ work and renewing fears of flash floods and mudslides, forecasters said.

“The fear is that the rain will drop in intense bursts,” Brian Hurley, a meteorologist with the federal Weather Prediction Center in College Park, Maryland, said early Sunday.

“All the vegetation has burned away, and that’s a dangerous recipe for mudslides,” Hurley said.

Last week, 2-3 inches of rain fell there and turned ash from the thousands of destroyed homes into slurry, complicating the work of finding bodies reduced to bone fragments.

Butte County Sheriff Kory Honea has warned that remains of some victims may never be found. The town of Paradise was a popular destination for retirees, with people aged 65 or older accounting for a quarter of its 27,000 residents. Most of the victims of the fire identified so far were of retirement age.

With help from the recent rain, firefighters have contained 98 percent of the blaze, which torched 154,000 acres – an area five times the size of San Francisco, officials said.

Investigators have yet to determine the cause of the fire.

Thousands of people forced to flee Paradise spent the weekend in warehouses in the nearby city of Chico, or with friends or relatives in nearby towns.