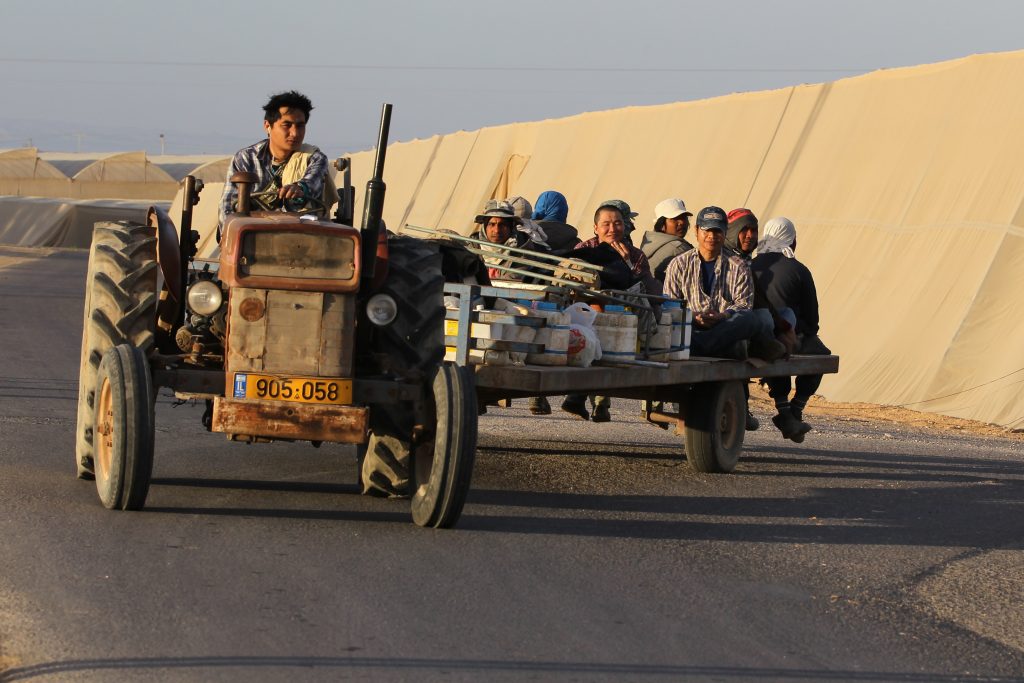 The Israeli government has rejected allegations by the BBC of official negligence in overseeing the treatment of Thai workers which has allowed dangerous and unhealthy conditions to prevail.

In a report summarizing a year-long investigation titled “Israel’s Forgotten Thai Workers,” the British broadcaster described a situation in which these foreign workers are “overworked and underpaid,” exposed to pesticides without adequate protection, forced to live in unsanitary, rodent-infested structures, and subjected to “widespread abuse.”

The report also highlighted dozens of unexplained deaths among Thai workers in Israel.

The Israeli Ministry of Labor issued an official response denying that the Thai workers have been forgotten or neglected, asserting that hundreds of inspections are carried out annually on farms that employ Thai workers with the help of interpreters.

“More than 1,500 investigations have been opened since 2013, into pay and working hours. We’ve issued 3,000 warnings and 200 fines totaling more than $3.8 million,” the ministry stressed.

According to the report, the Israeli and Thai governments signed an agricultural labor agreement back in 2012, which provided for the influx of 25,000 Thai workers. The documentary contends that legal protections are mostly on paper; in practice, the farmers who employ and house them, and wield the right of firing them without notice, decide on how they are treated.