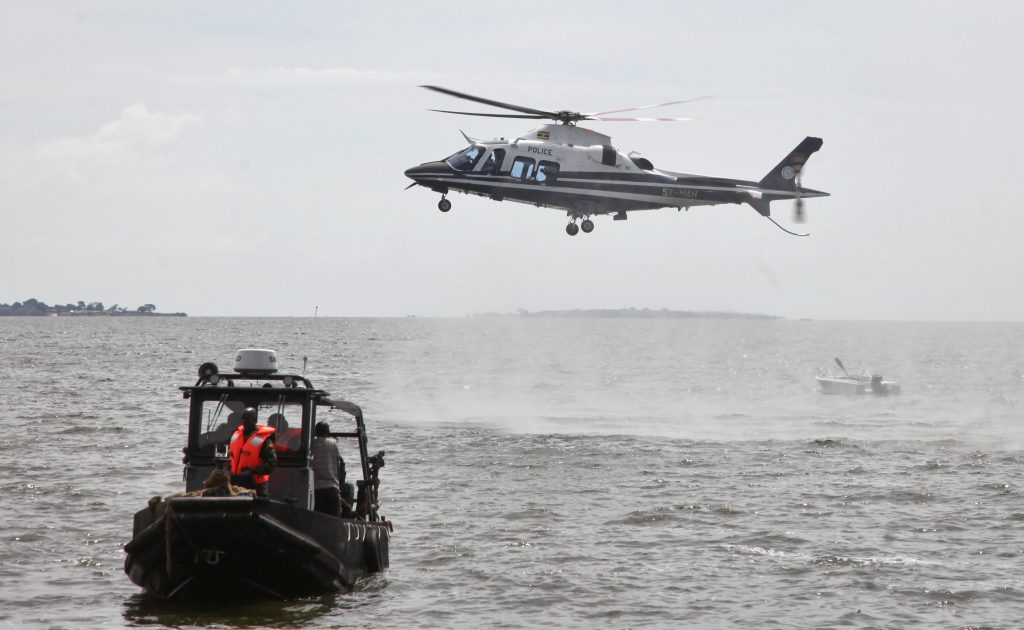 Ugandan divers retrieved 31 bodies and expected to find more in a capsized vessel in Lake Victoria, making it one of the country’s worst maritime disasters and prompting the president to call for more stringent safety regulations.

The vessel was believed to be overcrowded with nearly 100 passengers, said Zurah Ganyana, a senior police officer at the scene. At least 27 people were rescued overnight, lower than earlier reports, she said.

The boat, on a routine pleasure cruise and full of mostly youthful revelers, overturned and sank at about 7 p.m. on Saturday, she said.

Among the many tragic stories was one of a man who went out to help rescue people and drowned when he was dragged underwater by a desperate passenger.

The MV Templa was in poor condition, had been grounded for some time and lacked a valid license to operate, authorities said. Marine police tried to prevent the boat from embarking on the cruise, but they were overwhelmed by the presence of two local princes among the passengers, they said.

“Such boats cannot carry more than 50 people,” said lawmaker Johnson Muyanja, who represents part of the district of Mukono, the site of the accident. “Here we don’t have limits. Our problem is that we don’t have control. The number of people on board was too much compared to the size of the boat.”

The steel-built narrow vessel was said to have recently undergone repairs, including patching up holes in the hull. It was in and out of business, its operators allegedly dodging inspectors who wanted to impound the boat, said Aggrey Bagiire, the state minister for transport.

“Out of this calamity we can now take some steps that are solid and punitive,” he said. “Someone just buys a yacht and puts it on the water, without having registered it, without taking it for inspection. There is impunity.”

The boat had gone about half its journey when the captain noticed the hull was “taking in water very quickly from welded spots,” said Henry Ategeka, Uganda’s principal marine inspector, citing findings from a preliminary investigation.

The disaster has shocked many in this East African country where a cruise on Lake Victoria is an increasingly popular weekend activity for young people in Kampala.

The boat capsized close to shore, near a Mukono beach resort. Witnesses said they heard people calling for help as they tried to stay afloat, and others tried to swim ashore. Many were women.

“They were shouting ‘Help us! Help us!’ and the boat was sinking very quickly,” said Sam Tukei, one of several local men who used fishermen’s canoes to rescue people. “By the time the police came we had saved many people.”

A stampede ensued when the rescue boats arrived, and at least one man in the rescue party was drowned by the people he had come to help.

“They took him down with them. In the morning, when they found his body, another dead man was still grabbing him,” said Maureen Nagawa, speaking of her drowned cousin.

Early Sunday a police helicopter hovered low over the spot where the boat sank, as a team of divers searched for bodies under calm waters. As the death toll rose, so did the crowd of onlookers at the beach abutting a quiet village surrounded by agricultural fields.

Police carried victims in tarpaulins and hauled them into a waiting truck, occasionally drawing loud wails from some of the onlookers. One young woman, seeing a victim she apparently recognized, fainted and was rushed to the hospital.

One likely reason many people died so close to shore was “intoxication,” said Asuman Mugenyi, national director of police operations. Citing the accounts of some survivors, he said there were a good number of life jackets aboard the doomed vessel which passengers neglected to wear.

The boat’s passengers, in a party mood, likely panicked when the vessel started to sink, he said.

Other officials said that the captain’s emergency commands may have been drowned out by loud music.

Among the victims were the couple who owned and operated the boat, according to police officer Ganyana.

Ugandan President Yoweri Museveni said on Twitter that he had ordered the electronic registration and monitoring of all boats “so that we can know who is where on the lake and why.”

“Obviously, the operators of this boat will be charged with criminal negligence and manslaughter, if they have not already been punished for their mistake by dying in the accident,” he said. “Let everybody take the warning from this tragedy.”