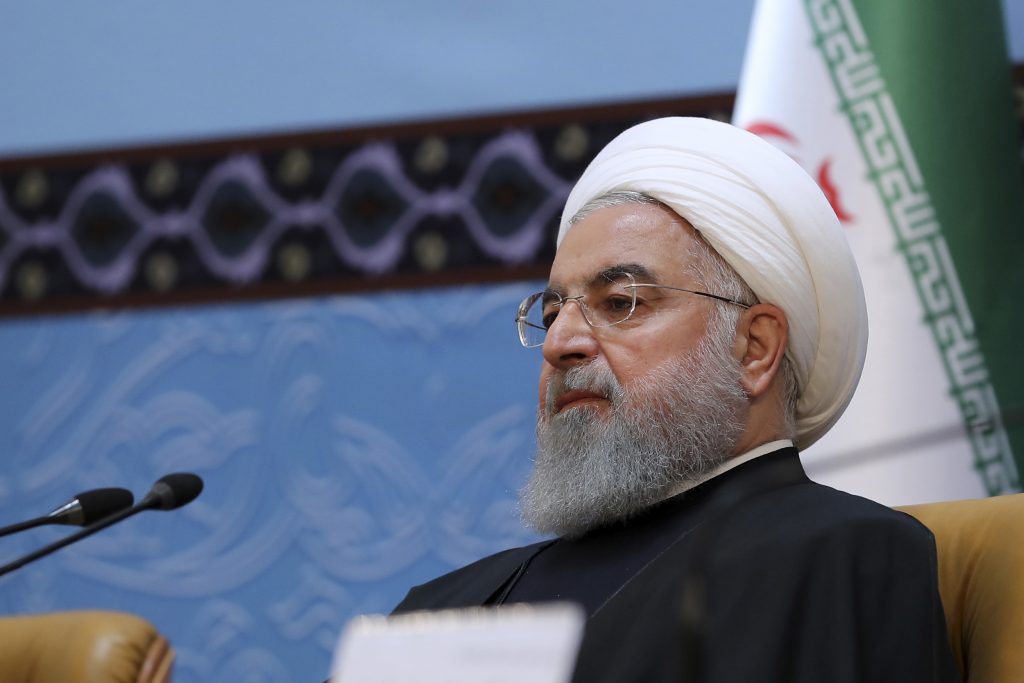 Iran’s President Hassan Rouhani on Saturday called Israel a “cancerous tumor” established by Western countries to advance their interests in the Middle East.

Addressing an annual Islamic Unity Conference on Saturday, Rouhani said “one of the ominous results of World War II was the formation of a cancerous tumor in the region.” He went on to refer to Israel as a “fake regime” set up by Western countries.

“Rouhani’s slander, which calls for the destruction of Israel, proves yet again why the nations of the world need to join in the sanctions against the Iranian terrorist regime which threatens them.”

Iran supports terror groups like Hezbollah and Hamas that are pledged to Israel’s destruction. Iran has never threatened to attack Israel, but has vowed to retaliate if it is attacked. Israel views Iran as an existential threat.

He added, however, that Iran was prepared to defend Saudi Arabia from “terrorism and superpowers.”

“We do consider you as a brother,” he said. “We do consider the people of Mecca and Medina our brothers,” he added, referring to Islam’s two holiest cities, in Saudi Arabia.

Saudi Arabia cut diplomatic ties with Iran nearly three years ago after Iranian protesters stormed its diplomatic posts in Iran in response to the kingdom’s execution of a prominent Shiite cleric. The two countries support opposite sides in the wars in Syria and Yemen.