ANALYSIS: Who Becomes the U.S.’s Best Friend in Europe After Britain Leaves the EU? 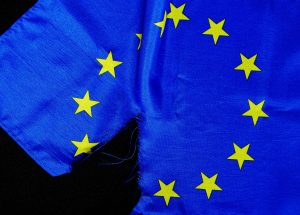 As Britain continues to hash out the terms of its divorce with the European Union this weekend, Americans are already feeling the loss: A once-indispensable proxy in Europe no longer has clout that it can exercise on Washington’s behalf.

Britain’s exit from the EU will force a broad realignment of Europe and will likely put into play a number of issues – from sanctions on Russia to free trade to military strategy – that are critical to the United States.

“Having had the U.K. in made it easy for us. We were on the phone all the time. We were aligned ideologically in almost every way,” said Anthony Gardner, who served as U.S. ambassador to the European Union under President Barack Obama. “That was our go-to country.”

Ties between the U.S. and Europe have been strained in the era of President Donald Trump, who has departed from many long-standing tenets of U.S. foreign policy to embrace a go-it-alone approach in the world. But in the areas where interests remain aligned, diplomats and leaders on both sides of the Atlantic say that Americans will find it harder to exert their will inside a 27-nation bloc that is among the richest in the world.

European and British leaders will gather Sunday to try to finalize terms of their split. A draft plan mooted this week seeks to preserve close ties between Britain and the United States in areas including security, an American priority.

Leaders in London and Washington like to boast of their “special relationship,” the product of centuries of political, cultural and linguistic ties and trust. The reality, say policymakers, is that Britain outside the European Union is a lot less special.

Already, countries across the European Union are clamoring to be the new U.S. favorite. Ireland bought a big building in Washington to expand its embassy. Poland promised to build “Fort Trump” on Polish soil. Dutch diplomats are excitedly pitching themselves to Americans as British in stance and attitude.

“There will be a vacuum,” said Stefano Stefanini, a former senior Italian diplomat who is now a security consultant in Brussels. “Countries including mine, Poland, others, they’d like to take some of the slack [of Britain’s absence]. But they don’t have the kind of relationship that the U.K. has with the U.S.”

And there are potential public policy consequences for the Brits, also.

“Every U.S. president I have known has considered our relevance to America to be enhanced by our membership of the European Union,” former Conservative prime minister John Major said in a speech in London last month.

“Our value as an ally of America will decline. Our friends, the Americans, are hardheaded about power. It is romantic folly to think otherwise. Be in no doubt – if the U.K. can no longer serve America’s interests in Europe, she will look elsewhere for someone who can,” he said.

That dynamic undermines a key argument of the Brexiteers during their 2016 campaign to sever ties with the European Union. Many advocates thought an exit from the EU would make the special relationship even more special – and that a free trade deal with the United States would be the first order of business after Brexit.

Then came Trump’s election, coasting on the same surge of anti-immigrant, anti-establishment sentiment that bolstered Brexit. Though British Prime Minister Theresa May has tried to stay on good terms with her American counterpart, Trump has rarely returned the favor: He ripped into her in a phone call earlier this month about Brexit, criticized what he said were unfair trade deals with the Europeans and decried Britain’s relationship with Iran.

“The entire EU model which relies on compromises is anathema to him. And when we try to exchange the same form of cooperation to the United States, he believes it’s just a trick,” said Tomas Valasek, a former Slovakian ambassador to NATO who now runs the Brussels office of the Carnegie Endowment for International Peace.

In Brussels, diplomats say they expect the United States to try to form ad hoc coalitions to preserve U.S. priorities. Free-trade-oriented countries such as Denmark, Sweden, the Netherlands and Ireland might join on trade and data issues. On EU sanctions against Russia, another U.S. focus, German Chancellor Angela Merkel has been a key backer, but some pro-sanctions policymakers warn that the British departure will deprive them of an ally against the southern European countries who seek to water them down because they do not see the Kremlin as a threat.

“The whole pro-liberal-values, stand-up-to-the-Russians approach is going to be weakened,” said a senior European official involved in sanctions policy who spoke on the condition of anonymity to talk about a sensitive diplomatic issues.

On other issues, a Europe unbound from Britain is likely to go in an entirely new direction – one that Americans may dislike. One conflict flared this month after French President Emmanuel Macron – the leader of the only remaining EU country with enough military might to engage in foreign operations on its own – spoke of his desire to build a “real European army,” a project that both London and Washington long tried to prevent because they feared it would divert resources from NATO and weaken the alliance.

When Britain was a full, participating member of the EU, it vetoed such discussions. Now that Europeans are planning for life after Brexit, London no longer has a voice.