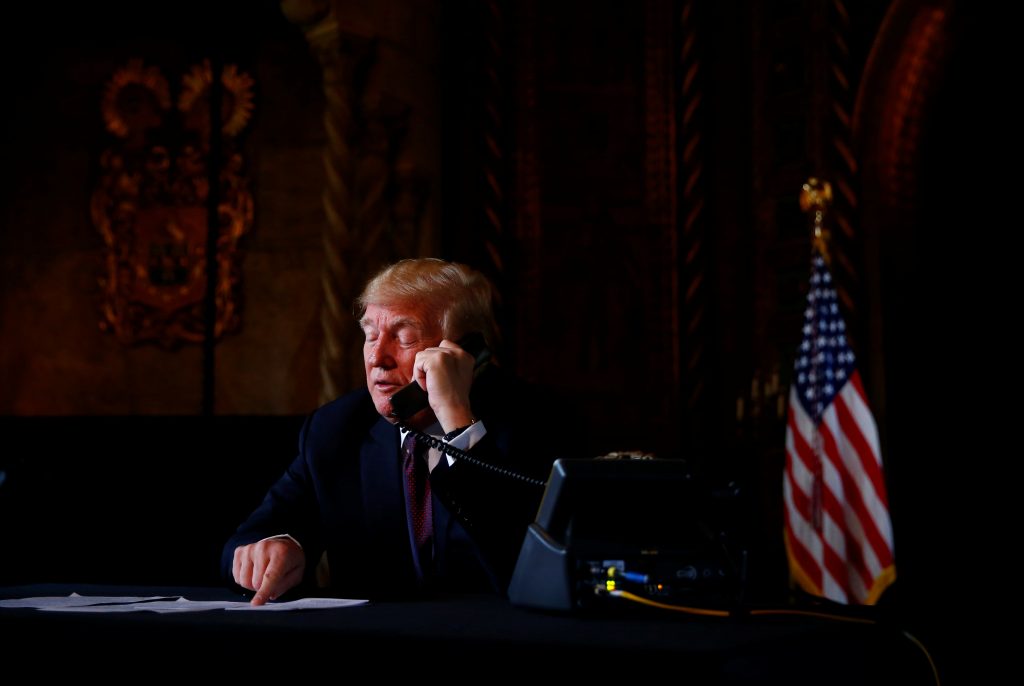 U.S. President Donald Trump hinted on Thursday he may visit Afghanistan, the scene of one of America’s longest wars but a country he has yet to visit almost two years into his presidency.

Delivering a Thanksgiving message by teleconference to troops in Afghanistan, Trump told a U.S. Air Force general he would see him back in the United States, before adding: “Or maybe I’ll even see you over there. You never know what’s going to happen.”

Recent U.S. commanders-in-chief have routinely visited troops in active war zones. Trump has come under criticism for failing to do so, though Vice President Mike Pence made a surprise trip to Bagram Air Base in Afghanistan last December to visit troops.

Trump was criticized when he scrapped a planned visit to a major U.S. military cemetery during a visit to Paris this month because his helicopter was grounded by bad weather during a trip that marked the 100th anniversary of the end of World War I.

Back in Washington on Veterans Day, he failed to visit Arlington National Cemetery, saying later that he was “extremely busy” but admitting that he should have.

Asked by a reporter whether he would visit a war zone, Trump said: “At the appropriate time, we’ll be doing some very interesting things.”

He was then asked whether he knew the timing: “I do, but can’t tell you. You’re the last people I can tell,” he told reporters. Presidential trips to war zones are normally cloaked in secrecy for security reasons, revealed only when the commander in chiefs have landed, and sometimes only after they have safely left the region.

Responding to criticism that phoning the troops on Thanksgiving was not enough, Trump defended his actions, arguing that he had hiked spending on the military and veterans.

U.S. Defense Secretary Jim Mattis on Wednesday was asked by reporters whether he thought Trump should visit troops in war zones.

“The president is the commander in chief and he decides where he needs to go. There are times I don’t want him in certain locations to be frank with you, for his security and the troops’ security,” Mattis said.

The United States has some 14,000 troops in Afghanistan, serving in the NATO-led Resolute Support training and advisory mission as well as in separate counter-terrorism operations against terrorist groups like Islamic State.

U.S. troops arrived in Afghanistan in 2001 as part of the campaign to topple the Taliban following the Sept. 11 attacks in the United States.