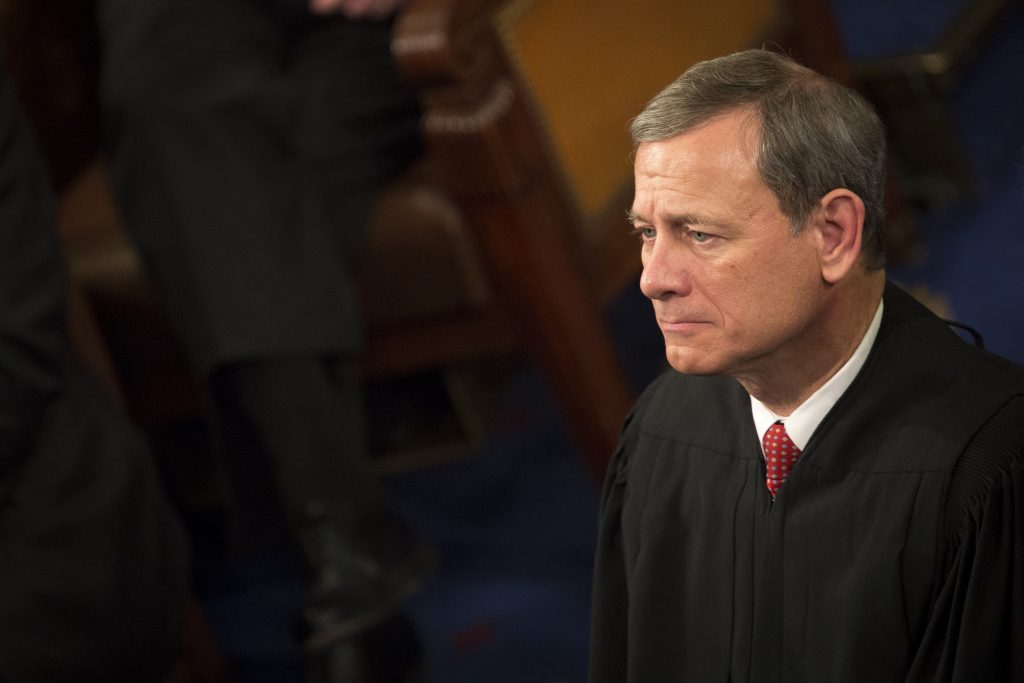 President Donald Trump isn’t letting up in his spat with Chief Justice John Roberts, making a fresh claim Thursday that judges are threatening national security, after the Supreme Court’s leader issued an unusual rebuke.
In a Thanksgiving Day tweet that began, “Justice Roberts can say what he wants,” Trump renewed his attacks on a federal appeals court that could decide the fate of a White House effort to curb migrants’ asylum claims. By again invoking Roberts, Trump escalated a dispute with the man likely to cast pivotal votes on the president’s priorities over the next two years.

San Francisco’s 9th U.S. Circuit Court of Appeals is “a complete & total disaster,” Trump wrote. He added that “Judges must not Legislate Security.”

The tweet is one of three Trump has issued since Wednesday responding to Roberts pushing back on the president’s criticisms of judges appointed by Barack Obama.

The sparing was set off by U.S. District Judge Jon Tigar’s Monday ruling that temporarily barred the administration from requiring all asylum applications to be made at official ports of entry. One day after the decision, Trump derisively referred to Tigar as “an Obama judge,” and ripped the 9th Circuit, which would handle any appeal.

That prompted Roberts to make the following Wednesday statement:

“We do not have Obama judges or Trump judges, Bush judges or Clinton judges. What we have is an extraordinary group of dedicated judges doing their level best to do equal right to those appearing before them,” the chief justice added. “That independent judiciary is something we should all be thankful for.”

Although Roberts has defended the judiciary in the past, the remarks — released in response to a question from the Associated Press — marked the first time he’s directly responded to comments made by Trump.

Roberts, appointed by Republican President George W. Bush, is likely to hold the court’s most important vote in the coming years. Roberts is a conservative on high-profile issues, but he has proven less interested in overturning precedents — and more interested in forging consensus rulings — than some of his fellow Republican appointees.