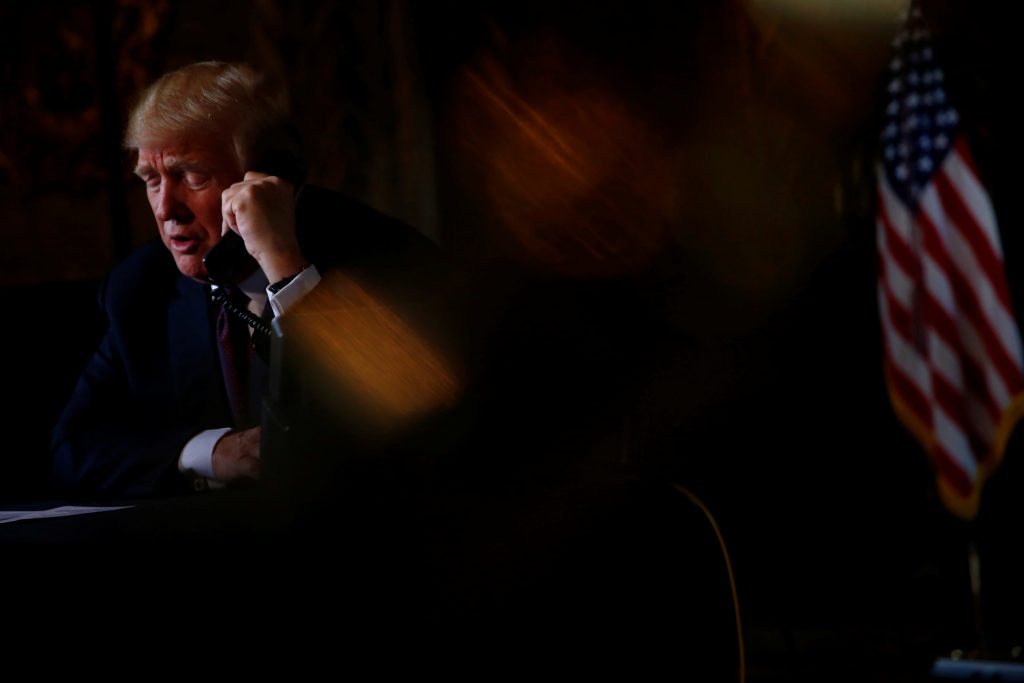 President Donald Trump hinted on Thursday he may visit Afghanistan, scene of one of America’s longest wars, but a country he has yet to visit almost two years into his presidency.

Delivering a Thanksgiving Day message by teleconference to troops in Afghanistan, Trump told a U.S. Air Force general he would see him back in the United States, before adding: “Or maybe I’ll even see you over there. You never know what’s going to happen.”

Recent U.S. commanders in chief have routinely visited troops in active war zones but such trips are typically cloaked in secrecy for security reasons.

Trump has not made such a visit so far, though Vice President Mike Pence made a surprise trip to Bagram Air Base last December to visit troops.

The United States has some 14,000 troops in Afghanistan, serving in the NATO-led Resolute Support training and advisory mission as well as in separate counterterrorism operations against militant groups like Islamic State.

U.S. troops arrived in 2001 as part of the campaign to topple the Taliban following the Sept. 11 attacks in the United States.