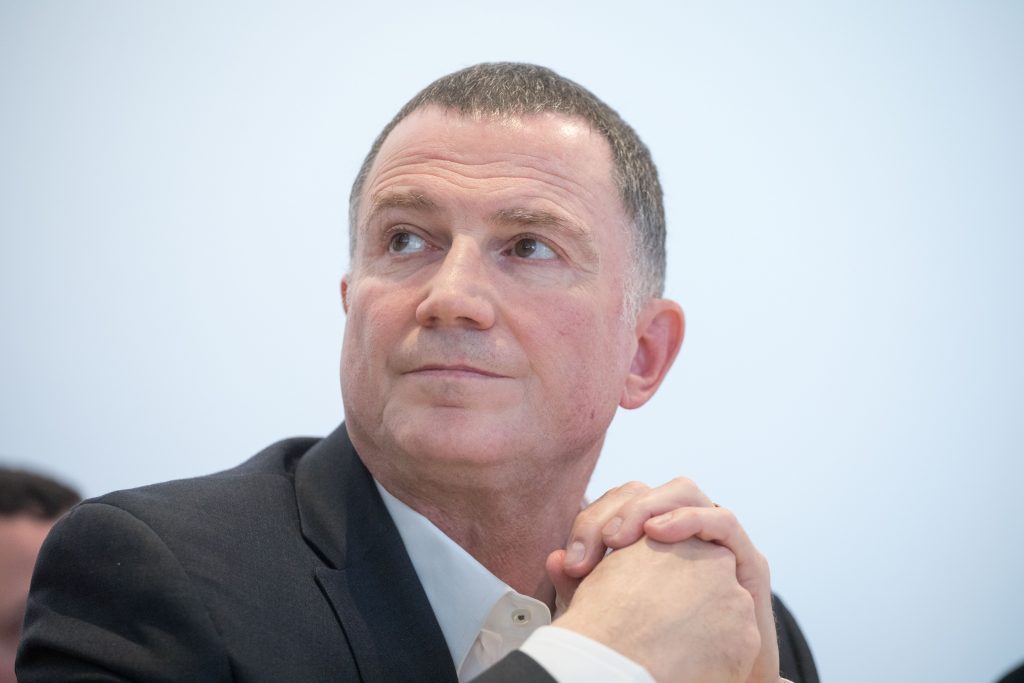 The left-wing Meretz party has threatened to disrupt the visit of the president of the Czech Republic next week in retaliation for the Knesset speaker’s decision to cancel a proposed conference calling for the evacuation of Jewish Chevron.

Meretz became locked in a feud with the speaker Yuli Edelstein after he ruled that they and allies from the Joint (Arab) List would not be permitted to hold their “Chevron First” meeting on Monday because it would detract from the visit of Czech president Milos Zeman.

The purpose of the gathering was to promote the removal of all several hundred Jewish residents in Chevron, which the Israeli left views as a provocation to the 200,000 Arabs in the city. It was organized by Joint List chairman Ayman Odeh and Meretz MK Michal Rozin.

When Edelstein learned of their plans on Thursday, he promptly canceled it, citing Zeman’s visit, which he said required all available meeting space, and rebuking the MKs for the way they went about it.

“Time after time, certain MKs try to act behind my back and that of the professional staff of the Knesset for cheap political gain. Lies are destined to be revealed,” Edelstein said.

The conference’s organizers were incensed, accusing Edelstein, a Likud member, of acting from political motivations.

“The Knesset is not the property of the Knesset …” the MKs said in a joint statement. “The Speaker does not have the authority to silence those he does not like. The public does not buy the excuse of the Czech president. This isn’t the first time he [has used] these excuses.”

Meretz said it will eventually have its conference, whether the speaker likes it or not. Meanwhile, on Monday the party said it intends to call a no-confidence vote during Zeman’s visit, despite a prior agreement not to do so at that time.

In response, Edelstein said, “It is a shame that the opposition is choosing to break agreements and cause a diplomatic embarrassment. We will act to change the schedule on Monday to enable a friend of Israel, the Czech president, to give his speech in the plenum as planned.”