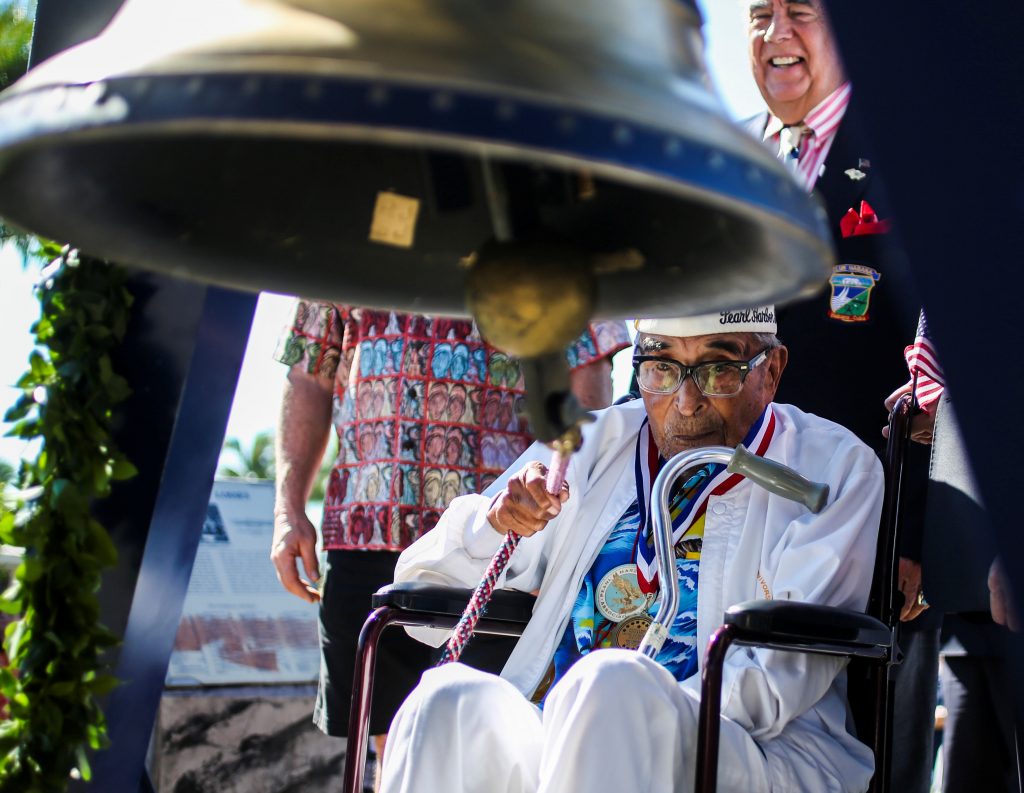 Ray Chavez, 106, died in his sleep early on Wednesday in a hospice in Poway, a community north of San Diego, his daughter Kathleen Chavez told the San Diego Union Tribune.

Chavez frequently attended commemorative events around the United States, including a visit to the White House on Memorial Day weekend, the newspaper reported.

“We are saddened to hear the oldest living Pearl Harbor veteran, Ray Chavez, has passed away at the age of 106. We were honored to host him at the White House earlier this year. Thank you for your service to our great Nation, Ray!” the White House said on Twitter.

The bombing of Pearl Harbor took place at 7:55 a.m. Honolulu time on Dec. 7, 1941, famously dubbed “a date which will live in infamy” by U.S. President Franklin D. Roosevelt.

The attack killed 2,390 Americans. The United States declared war on Japan the next day.

Fewer than 200 survivors of the attacks there and on other military bases in Hawaii were alive in 2016.

Chavez was a member of the crew of the USS Condor, a minesweeper, at Pearl Harbor on the morning of the attacks. He went to bed at his home in nearby Ewa Beach after the Condor swept the east entrance to the harbor earlier that morning, the San Diego Union Tribune reported.

“My wife ran in and said, ‘We’re being attacked,’ and I said, ‘Who’s going to attack us? Nobody.’ She said that the whole harbor was on fire and when I got outside I saw that everything was black from all the burning oil,” he once said, according to the newspaper.

Chavez was on continuous duty in and around Pearl Harbor over the next nine days. He then served four years in the U.S. Navy, helping deliver tanks and Marines to shore in eight Pacific battles, the newspaper reported.

He later attended Pearl Harbor events more than a dozen times, his daughter told the newspaper.

“We went last year and if he was still alive, we were going back again next month,” Kathleen Chavez said.

“I think he enjoyed the experience, but he never saw himself as any different from the other men he served with. He’d always say, ‘I’m no hero. I just did my job’,” she said.