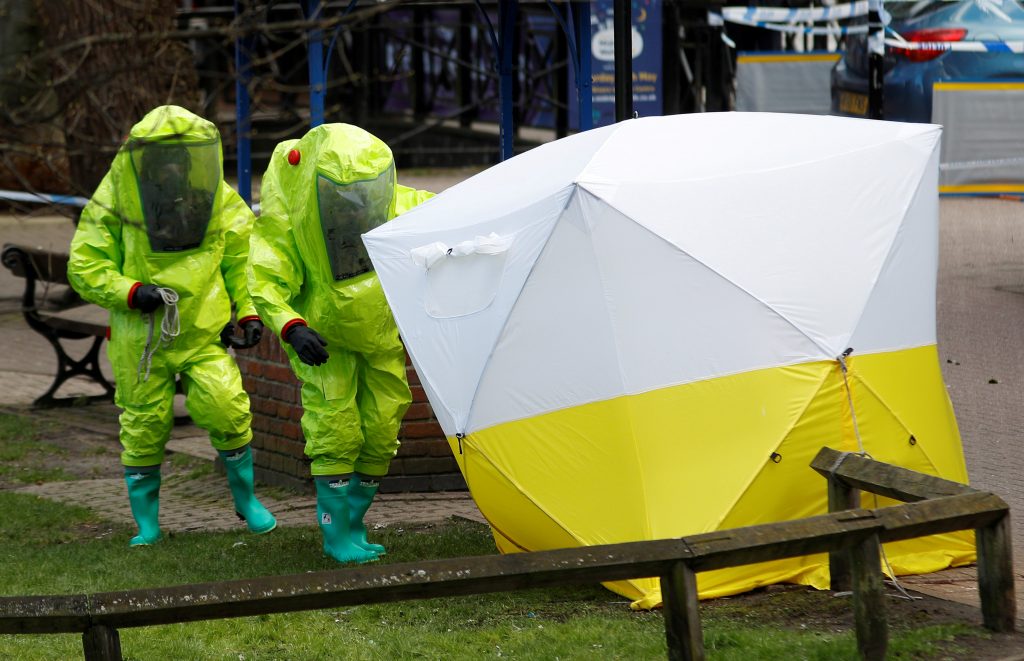 The head of Russia’s military intelligence agency whom the West has blamed for a string of brazen attacks died on Wednesday after “a serious and long illness,” the Russian Defense Ministry said on Thursday, hailing him as a “true son of Russia.”

The Ministry of Defense heaped praise on Colonel-General Igor Korobov, 62, who had run the spy agency, best known as the GRU, since 2016, saying he had been made a Hero of Russia for his service in the post, the highest state award.

“The loving memory of this wonderful person, a true son of Russia, a patriot of the Fatherland, Colonel-General Igor Valentinovich Korobov, will always be in our hearts,” the ministry said in a statement.

Defense Minister Sergei Shoigu, a close ally of President Vladimir Putin, expressed his condolences to Korobov’s relatives, while state news agency TASS cited a military source as saying Vice-Admiral Igor Kostyukov, the agency’s first deputy head, had been standing in for Korobov during his illness and was the favorite to formally take over his role.

Britain has accused the GRU of attempting to poison former Russian spy Sergei Skripal and his daughter with a nerve agent, the Netherlands has accused it of trying to hack the global chemical weapons watchdog, and U.S. intelligence agencies say it tried to hack the 2016 presidential election.

Russia denies all those allegations.

Speculation about Korobov’s fate had been growing since an unconfirmed media report that Putin had summoned him after the Skripal affair and severely criticized the operation which left the Skripals alive and the GRU a target of mockery in the Western media.

Korobov was absent from a ceremony in Moscow this month where Putin and other senior officials celebrated the centenary of the GRU, with the Russian leader praising its skill and “unique abilities.”

Korobov’s death paves the way for Putin to appoint a successor to head an agency that intelligence experts say has stepped up its covert missions as tension mounts between Russia and the West, which has imposed sanctions on Moscow over its annexation of Ukraine’s Crimea.

Asked last month if there would be a shake-up at the Defense Ministry in the aftermath of the Skripal affair, the Kremlin said the low quality of the allegations leveled at the GRU did not justify such changes.

The United States included Korobov’s name on a March sanctions blacklist of people believed to have helped “undermine cyber security on behalf of the Russian government.”

Korobov was a Soviet military veteran who served in the air force and, according to his official biography, began working for the GRU in 1985.

The GRU, founded as the registration directorate in 1918 after the Bolshevik revolution, is one of Russia’s three main intelligence agencies, alongside the domestic Federal Security Service and the SVR Foreign Intelligence Service.

The last head of the GRU, Igor Sergun, also died at a relatively young age. He was just 58 when the Kremlin said in 2016 he had died unexpectedly.