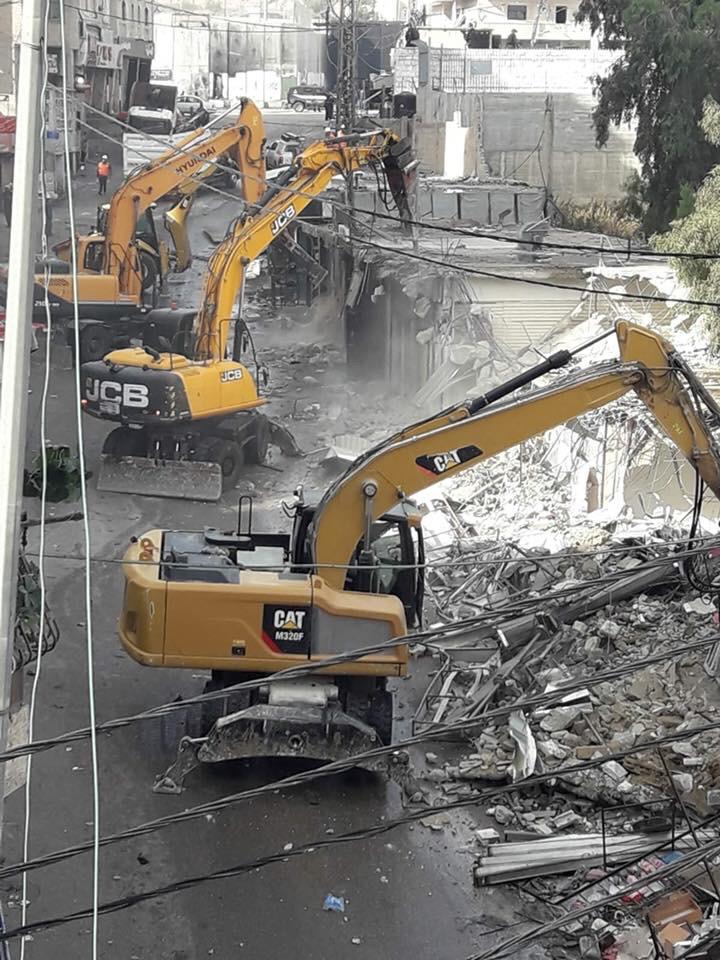 The Yerushalayim Municipality has demolished over a dozen storefronts in the Shuafat Refugee Camp in East Yerushalayim, as part of the city’s new policy of extending the reach of municipal enforcement to neighborhoods beyond the security fence.

Bulldozers were accompanying a large compliment of police and Border Police officers demolished the illegally and dangerously built stores.

Additionally, clashes broke out among Israeli forces and Palestinians after the delivery of the demolition notices, during which Israeli forces repeatedly fired tear-gas bombs and sound bombs throughout Shuafat.