Israel Terrorist Who Stabbed Israeli in Gilo Turns Himself In
Israel 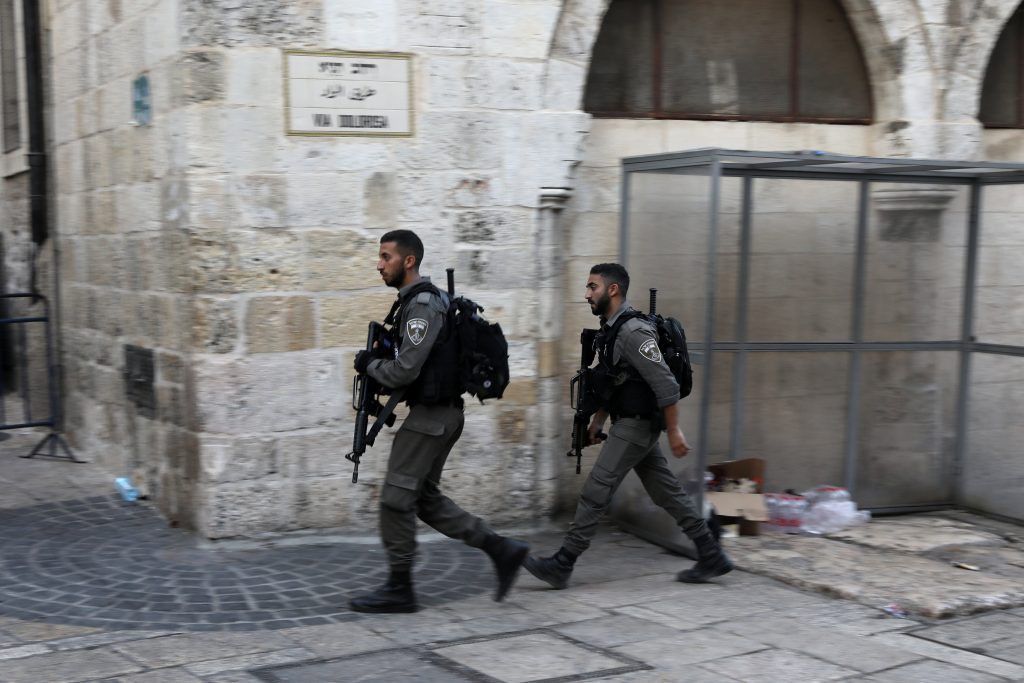 A terrorist who stabbed an Israeli in the Har Gilo neighborhood of Yerushalayim turned himself in to authorities Tuesday night. The Arab terrorist attacked an Israeli man, stabbing him in the face and neck. After attacking his victim, the terrorist fled. The victim was treated for light injuries and released from the hospital several hours later. Witnesses said that the terrorist waited outside a grocery store for his victim to emerge, then pulled out a knife and began attacking him from behind.

Later Tuesday night, the terrorist turned himself in at a local police station. Police arrested him and are questioning him on motive.

IDF soldiers overnight Tuesday seized weapons that were to be used in terror attacks. Soldiers, working with police, discovered weapons in Arab villages in the Gush Etzion area. In a statement, the army said that such weapons were used in terror attacks as well as for criminal activity, and that security forces were determined to seize all weapons that were being held illegally by all people, in order to better protect all Israelis and residents of Palestinian Authority-controlled areas, who are also under threat by terrorists and criminals.

Overnight Tuesday, security officials said they arrested nine wanted security suspects in areas across Yehudah and Shomron. The suspects were wanted for participating in rioting and throwing stones and firebombs that endangered Israeli civilians and IDF soldiers. Several of the suspects were also charged with belonging to Hamas. All were being questioned on their activities by security forces.