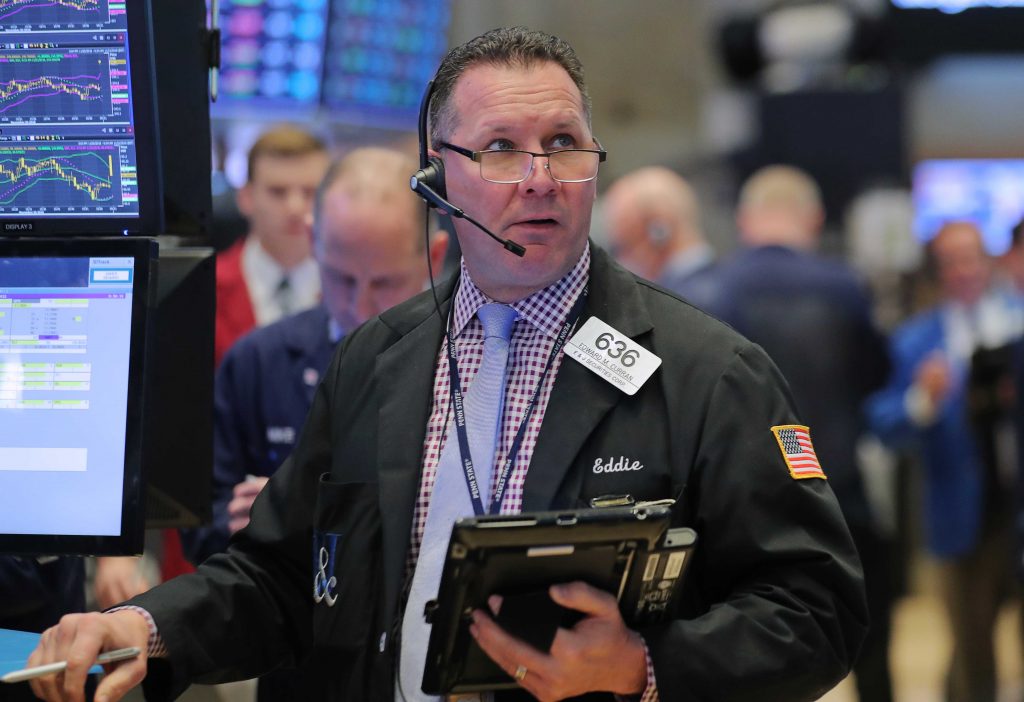 Stocks in the U.S. are making broad gains Wednesday after two days of steep losses, and major European indexes are also recovering. Major technology companies including Apple and Microsoft are up after tumbling in the last few days. Crude oil prices are up 3 percent after they sank to a one-year low a day earlier.

Despite the rally, which includes retail, energy and industrial companies as well as tech and internet stocks, the S&P 500 is down about 2.5 percent so far this week.

Trading was light. U.S. markets will be closed Thursday for the Thanksgiving holiday, and will be open for a half-day on Friday.

Apple’s market value has dropped by $260 billion since early October, and Amazon has fallen by $246 billion since early September. Since late July, Facebook has lost nearly $240 billion and Alphabet is by $163 billion. That’s about $900 billion in value lost by just those four companies. That’s more than any S&P 500 company is worth. Investors currently value Apple at about $845 billion.

IF THE SHOE FITS: Retailer Foot Locker jumped 13.8 percent to $52.47 after its third-quarter profit, and revenue surpassed Wall Street’s expectations. The company said sales broke out of a slump and prices also rose. Foot Locker added that it expects strong sales over the holidays.

That contributed to a rebound for retailers after they dropped on Tuesday. Home improvement company Lowe’s gained 2.7 percent to $88.49, and Nike rose 1.5 percent to $72.22.

Crude prices have plunged since early October as global stockpiles surged. Production increased after the U.S. said it would re-impose sanctions on Iran’s energy sector, but it later granted waivers that allowed many countries that buy oil from Iran to continue making those purchases. Investors have also gotten nervous about the pace of global economic growth.

Utilities and other high-dividend stocks also declined. Those companies have done better than the rest of the market during turbulent trading in October and November, but when the market makes a broad rebound they usually get left behind. Coca-Cola fell 1.1 percent to $48.83, and Duke Energy lost 2.4 percent to $86.38.

ECONOMIC CONCERN: A global economic adviser cut its forecast for economic growth in 2019 and said the world economy faces growing risks, including from trade disputes and higher interest rates. The Organization for Economic Co-operation and Development, which advises many of the world’s richest economies, now expects the global economy to grow 3.5 percent instead of 3.7 percent next year. Concerns about slower growth in the global economy have contributed to the market’s recent losses.