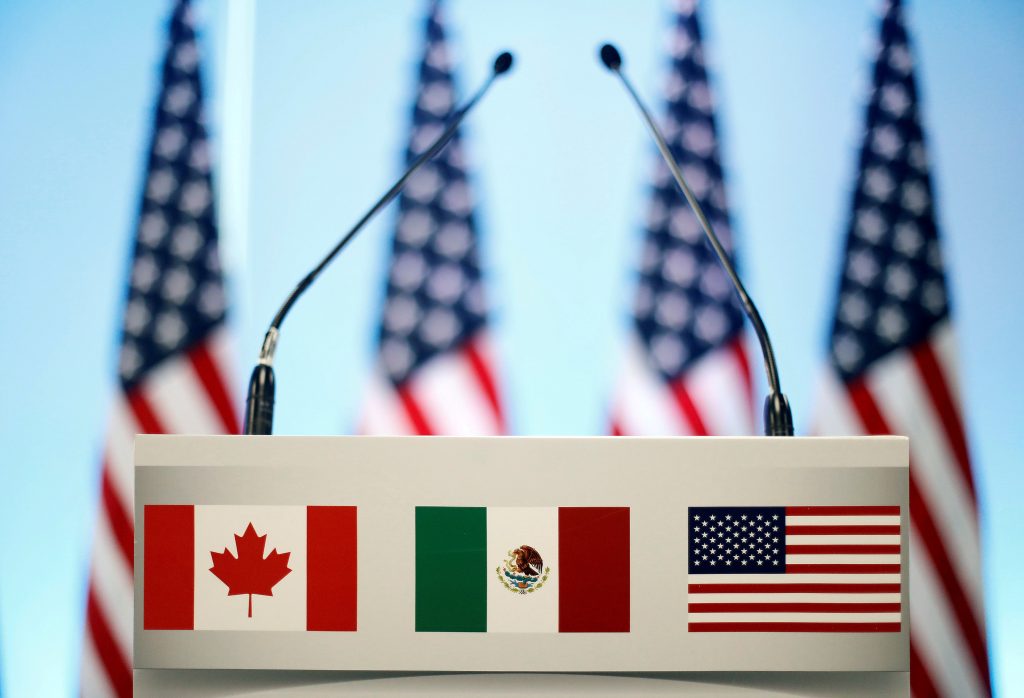 Twelve U.S. Republican Senators on Wednesday urged President Donald Trump to submit the deal to update the North American Free Trade Agreement to Congress for passage by year-end, before Democrats assume control of the House of Representatives.

“We are concerned that if the administration waits until next year to send to Congress a draft implementing bill, passage of the USMCA as negotiated will become significantly more difficult,” the senators, led by Pat Toomey of Pennsylvania, wrote.

The new U.S.–Canada–Mexico Agreement, forged in September after tense negotiations and intended as an update to the decades-old NAFTA, is due for signing by the three governments around Nov. 30. That leaves little time for a vote to occur before a newly-elected Congress takes office in January, with Democrats in control of the House of Representatives after elections earlier this month.

Some Democrats, including expected House Ways and Means Committee Chairman Richard Neal, have said they would demand stronger enforcement of new labor and environmental standards in the USMCA agreement.

The letter from the Republican senators argued that it was still possible for the current, Republican-led Congress to consider and vote on the USMCA deal if the White House submits a final text of the agreement before Nov. 30 and invokes a fast-track provision allowed under trade priority rules.

“These documents can be transmitted to Congress at any time, including prior to the agreement being signed, and on any calendar day,” the senators wrote, adding that this would allow them to submit USMCA implementing legislation 30 days later, for passage in late December.

The USMCA text is not finalized, however. The United States has been seeking to alter the text agreed on Sept. 30 on areas such as wine and dairy, according to sources with knowledge of the talks.

Also unresolved are negotiations aimed at lifting U.S. tariffs on Canadian and Mexican steel and aluminum that have been loosely linked to the NAFTA talks, but are not part of the new trade agreement.

The “fast track” Trade Promotion Authority law sets lengthy deadlines to allow Congress to fully scrutinize trade deals before casting an up or down vote. It requires a U.S. International Trade Commission study of the deal’s economic impact that could take up to 105 days after the agreement is signed.

The USMCA would also still be subject to the full committee process, and ample debate time, which would likely push consideration of the agreement well into 2019.

Senate Finance Committee Chairman Orrin Hatch, a senior Republican who did not sign the letter, said passage this year was not possible, and that members were still reviewing the USMCA text.

The fast-track rule “establishes clear timelines and transparency requirements to allow for thoughtful review by members of Congress and the public,” Hatch said in a statement. “Congressional consideration of USMCA this year is not realistic, but I look forward to continuing consultations with the Trump administration.”