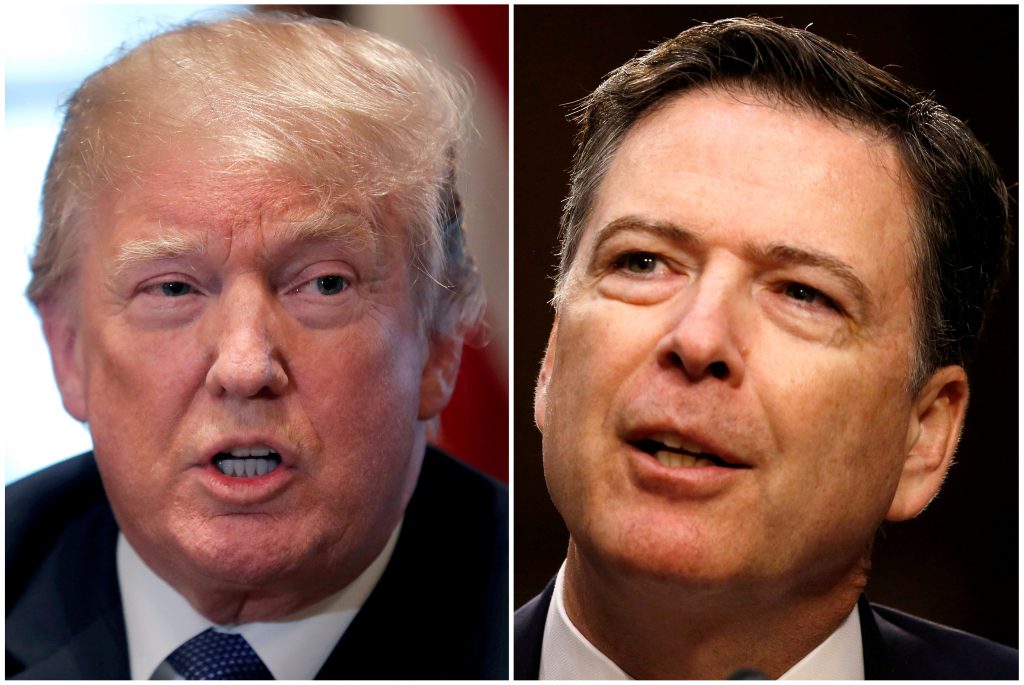 Don McGahn, the White House counsel at the time, wrote a memo to the president outlining consequences for Trump if he did order these prosecutions.

The outcomes ranged from the traditionally independent Justice Department refusing to comply, to congressional probes and voter outcry, the Times reported.

It was not clear if Trump read the memo or pursued the prosecutions further, the New York Times said. It was also not clear what specific charges Trump wanted the Justice Department to pursue against Comey and Clinton, the Times reported.

Trump has publicly railed against Clinton’s private email use during her tenure as U.S. Secretary of State, as well as her role in the Obama administration’s decision to allow a Russian company to buy a uranium mining firm.

He has also accused Comey, without evidence, of leaking classified information.

The White House and the Justice Department did not immediately respond to a request for comment.