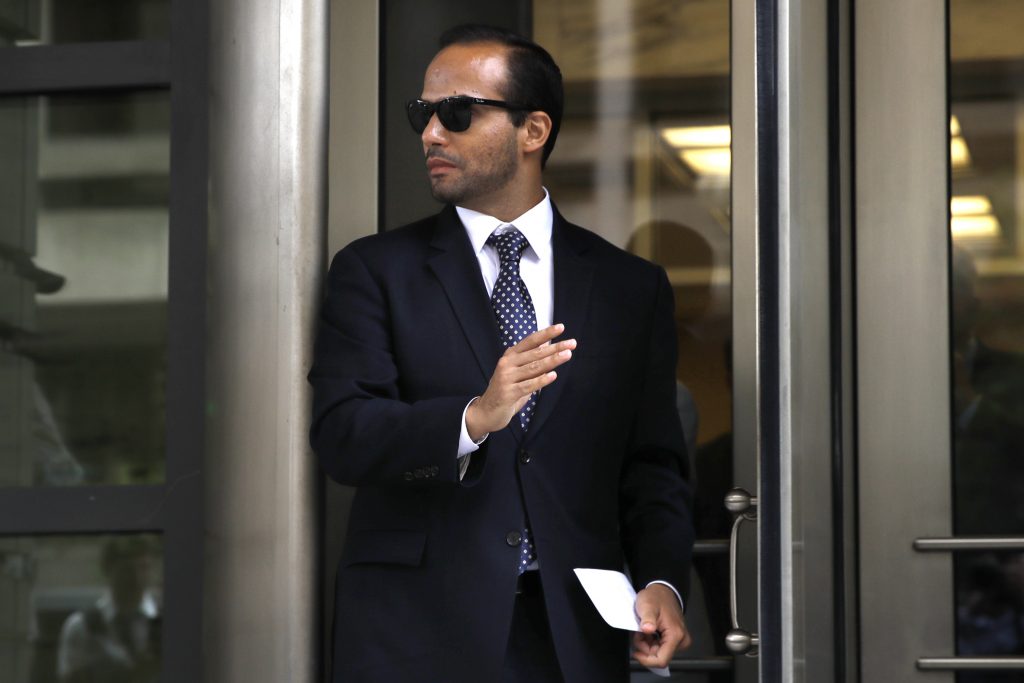 Papadopoulos, who pleaded guilty to a single count of lying to federal agents, is due to report to prison on Nov. 26. He asked U.S. District Judge Randolph Moss for a postponement because of the appeals court fight initiated by another man who is challenging a Mueller grand jury subpoena.

Those statements “appear to be inconsistent with his stated acceptance of responsibility at sentencing,” Mueller’s lawyers said in a court filing Wednesday.