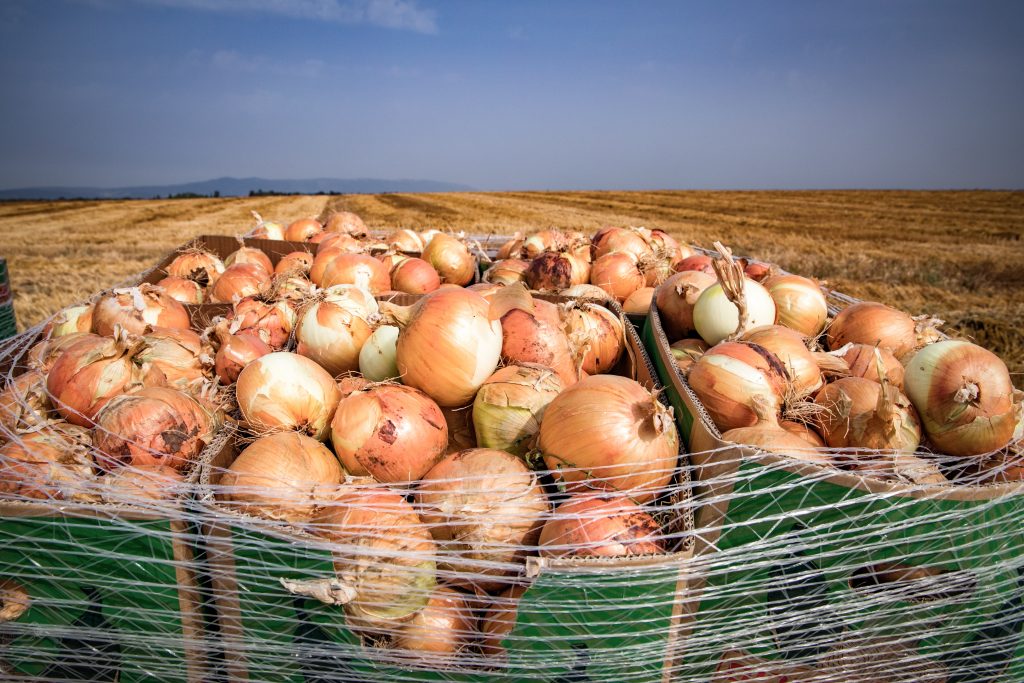 The Agriculture Ministry has issued a notice blaming farmers for the recent run-up in the cost of onions. Farmers have been hoarding onions in their warehouses in order to drive up the wholesale, and subsequent retail price of the root vegetable – and the Ministry wants it to stop, it said in a notice released to farmers.

While admitting that supplies of onions have been affected in recent weeks by a virus that has destroyed some of the crop, as well as damage sustained in recent heavy rainstorms, prices have risen significantly more than would be justified. If the average wholesale price for onions during this period hovers around NIS 2.5 to NIS 3 per kilo, the recent wholesale price of NIS per kilo is far higher than can be explained by the virus or storm damage, the Ministry said.

“In recent days the price of onions has risen in a sharp and unjustified manner,” the Ministry said in its notice. “There is sufficient supply of onions in warehouses to alleviate these high prices, but wholesalers have been releasing them in a very slow and measured manner in order to keep prices high.” If farmers don’t change their ways, the Ministry said, it would authorize an increase in the import of onions, it said.

However, agriculture officials told Channel Ten that this was unlikely, given that there were onion shortages in Europe as well. Prices should fall in January, when a new crop of onions is set to be harvested, officials said.