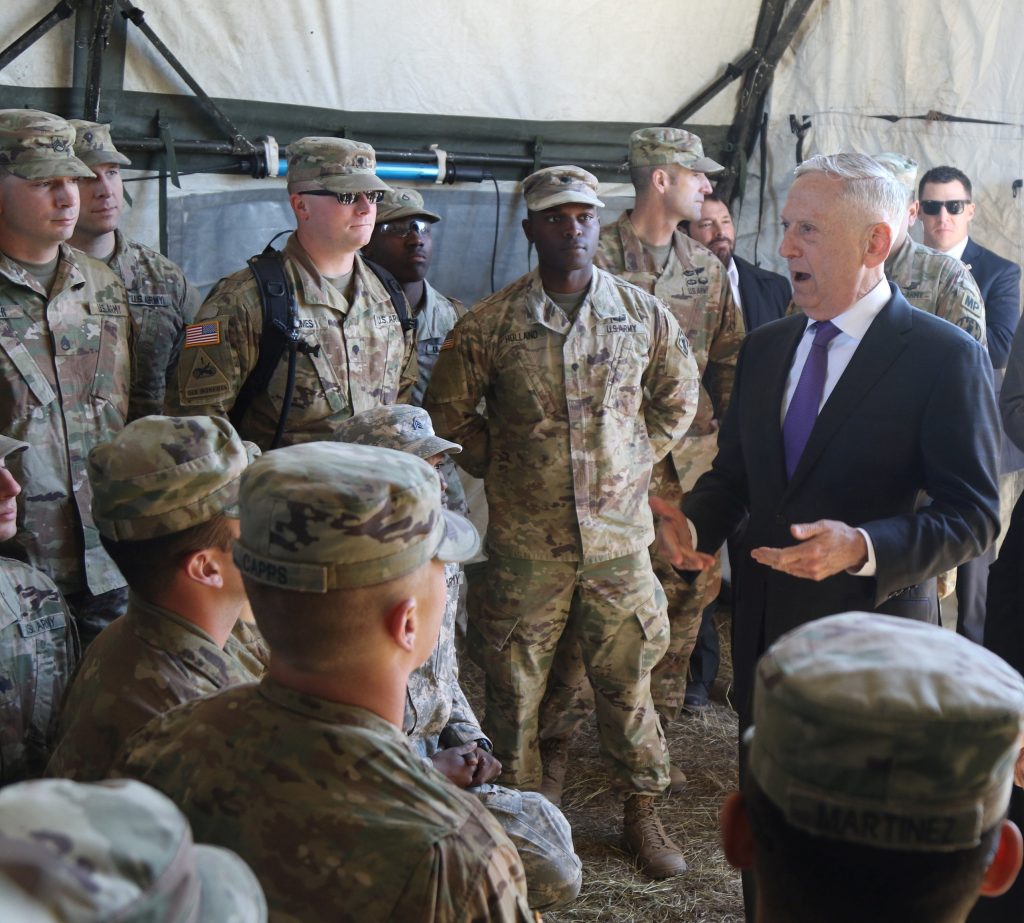 Defense Secretary Jim Mattis says the White House has given him authority to use military troops to protect Customs and Border Protection personnel at the southwest border.

This could, under certain circumstances, mean directing troops to temporarily detain migrants in the event of disorder or violence against border patrol agents.

Mattis said Wednesday such detention would be measured in “minutes, not even hours,” and does not mean troops would be performing law enforcement duties. He said the troops also could use lethal force, if necessary, to protect the border patrol.

Mattis said he would only exercise such authority after receiving a specific request from the Department of Homeland Security. He said this has expanded his authority but not the military’s border mission, which is still due to conclude Dec. 15.