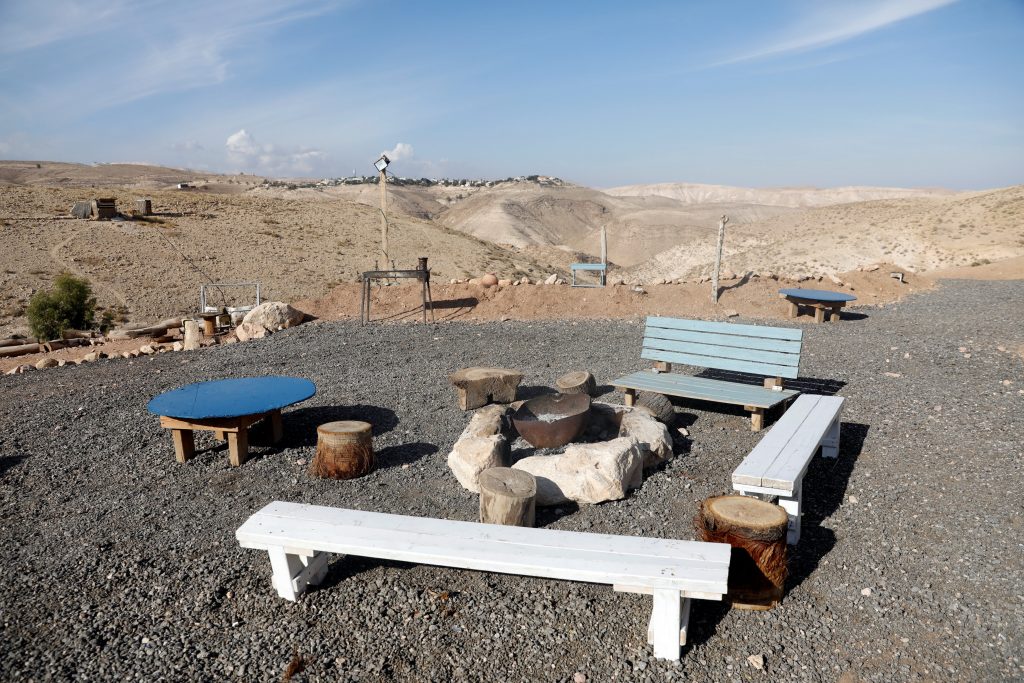 An Israeli cabinet minister called on Wednesday for a boycott of Airbnb and promoted one of its rivals, escalating the government’s response to the home-rental company’s decision to delist Israeli communities in Yehudah and Shomron.

“I call today on all those who support Israel and oppose discriminatory boycotts: They should cease using Airbnb and turn to other services,” Strategic Affairs Minister Gilad Erdan told a diplomatic conference hosted by the Jerusalem Post newspaper.

“By the way, Booking.com is a great service,” added Erdan, the point-man in Israeli government efforts to combat pro-Palestinian boycotts.

Airbnb said on Monday it would remove some 200 listings in the region after hearing criticism from people who “believe companies should not profit on lands where people have been displaced.”

A spokesman for Airbnb declined comment on the Israeli minister’s remarks. In a statement emailed to Reuters on Tuesday, Chris Lehane, Airbnb’s global head of policy and communications, said: “Israel is a special place and our over 22,000 hosts are special people who have welcomed hundreds of thousands of guests to Israel.

“We understand that this is a hard and complicated issue and we appreciate everyone’s perspective,” he added.

Human Rights Watch meanwhile hailed Airbnb’s delisting decision and, in a report on Tuesday, called on Booking.com to follow suit.

Booking.com did not immediately response to Reuters emails seeking its response.

Israel has said it would turn to the Trump administration and could back lawsuits against Airbnb within U.S. states that have legislated against anti-Israel boycotts.

An author of the Israel Anti-Boycott Act in the Senate, Rob Portman of Ohio, a Republican, told the Jerusalem Post he wants to hear from Airbnb.

“We are looking into this. We have questions and concerns,” said Emily Benavides, Portman’s spokesperson. “Senator Portman has long fought highly selective and discriminatory efforts to isolate Israel.”

“If state regulators and boards of investment determine Airbnb’s action was politically motivated, Airbnb will become the most high-profile company blacklisted for boycotting Israel,” said Richard Goldberg, a senior adviser at the Foundation for Defense of Democracies who was involved in the drafting of the Illinois law against boycotting Israel.

In Israel, one 2017 law empowers courts to award cash compensation to claimants who prove they have been denied goods or services because of where they live.

“I checked yesterday with my office, with the attorney-general, whether we can operate this law, and the answer is positive,” Shaked said. “We need to do anything we can in order to fight them back in order that they will change their decision.”

A company spokesperson responded to Erdan’s challenge that Airbnb “will have to explain why it is taking this discriminatory and racist line here in particular and not in other conflict zones in the world.”

“In the statement we issued on Monday, we noted that we have developed a framework for evaluating how we should treat listings in occupied territories around the world. Western Sahara is one example of a place where we will use this framework,” the official said.