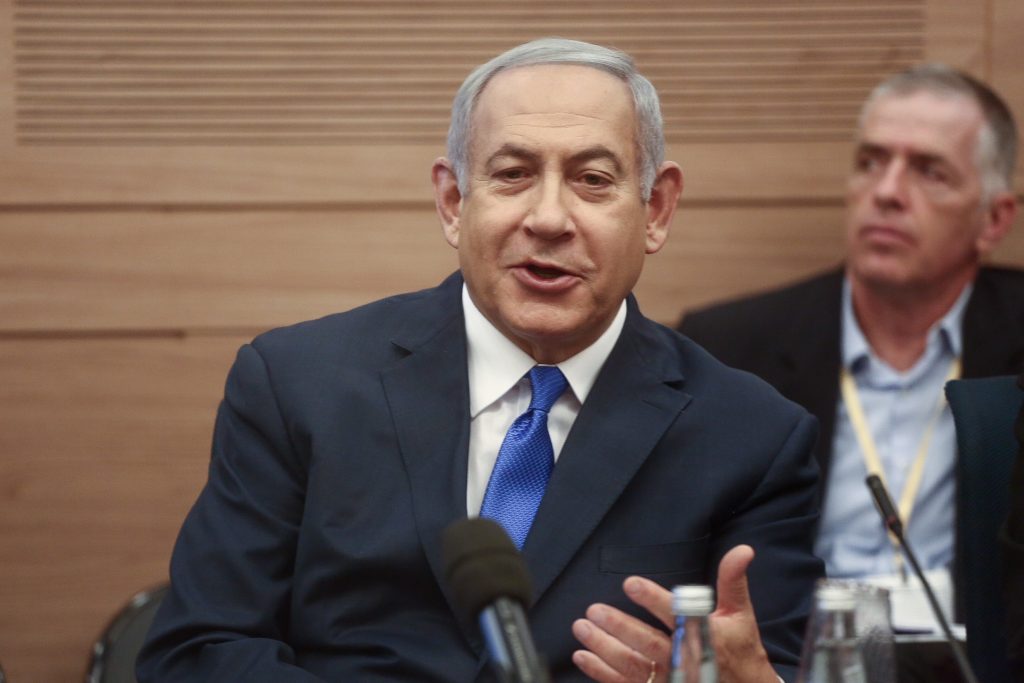 Binyamin Netanyahu has been called the “Teflon prime minister” – because he has been able to slide through nearly every crisis he has faced in his political career, and emerged ahead. And according to political commentator Amit Segal, the current political crisis is no different. “In a sense, the reduction of mandates that the Likud is set to get based on new polls serves Netanyahu’s purposes,” he said in an interview on Radio 103FM. “Netanyahu can’t afford too strong a Likud, because that might actually make it too difficult for him to form a new government.”

With the government hanging on by a thread, many observers are skeptical that Netanyahu’s coalition can hold on until November 2019, when elections are set to be held. The estimation among many analysts has been that elections are likely by next spring. In recent polls, the Likud had been running strongly, likely to get as many as 35 seats in a new Knesset; Netanyahu himself has said in several speeches that he believes the Likud could achieve as many as 40 seats.

But the prime minister himself realizes that that might not be an ideal situation, said Segal. “Netanyahu’s status as prime minister is due not to the number of mandates the Likud has, but to the number of mandates that will enable him to build a stable coalition – meaning that he is concerned not only for the Likud, but for the fate of his ‘natural partners’ on the right.” Especially given the possibility that Netanyahu will eventually be indicted in one of the investigations ongoing against him, he needs the help of coalition partners who will stand by him, Segal said.

“A Likud with 40 MKs will not result in a coalition that is more stable than the one he had this term,” said Segal. “He’s unlikely to enter into a coalition with Yair Lapid; he can’t afford to work with someone who will dump him if he senses any weakness, and Lapid certainly doesn’t see himself in a coalition with Jewish Home and the chareidim. It would be politically foolish for him to join a Netanyahu-led coalition.”

With a slightly weaker Likud, Segal said, Netanyahu’s coalition partners on the right get a bit stronger – so while he forms the coalition, the parties that join him have more at stake and are more likely to remain together, as they will have more seats and more ministries. In that sense, said Segal, even the weakening of the Likud since the resignation of Avigdor Liberman as defense minister – in polls taken over the weekend, the Likud has been polling at 30 seats – has served Netanyahu’s interests, he added.