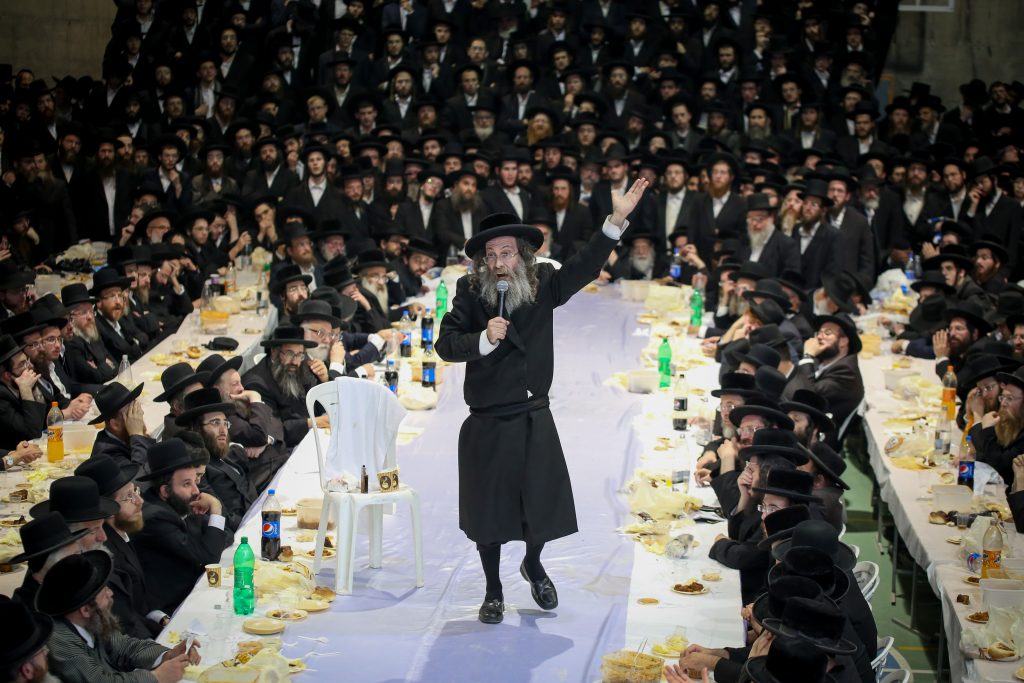 The yahrtzeit of the Bas Ayin, zy”a, Harav Avraham Dov Auerbach of Ovritch, who is buried in Tzfas, was marked Monday night and Tuesday, 12 Kislev.

As he has done in the last several years, the famous mashpia Harav Elimelech Biderman presided over a yahrtzeit seudah in Tzfas, and also arranged for many buses from across Eretz Yisrael to converge on Tzfas, bringing many thousands in need of yeshuos and refuos to daven at the kever.