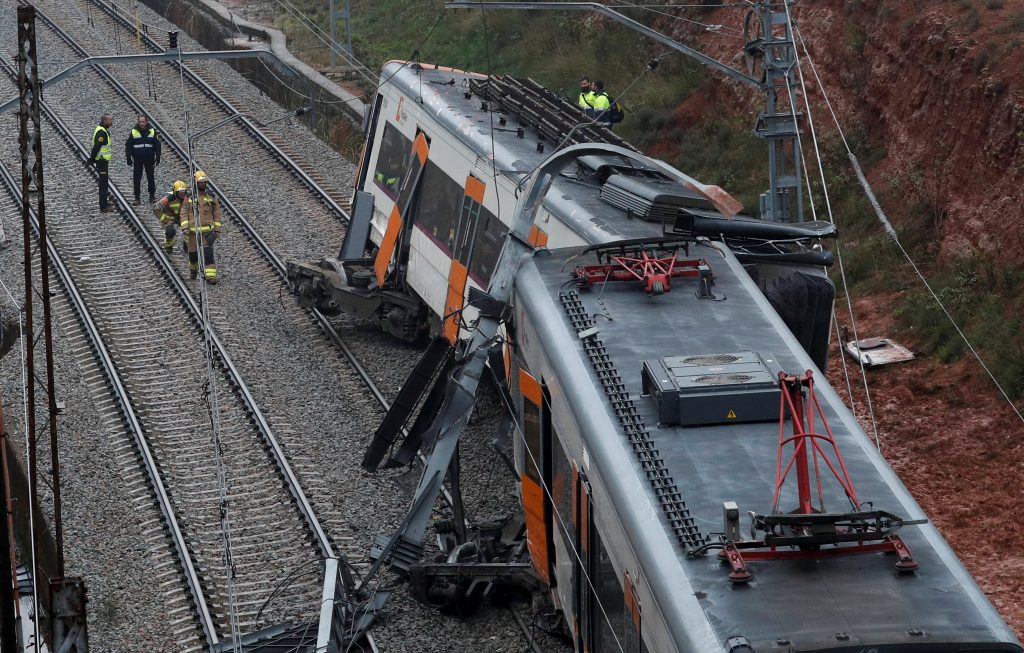 A commuter train derailed outside the Spanish city of Barcelona on Tuesday, killing one person and leaving 44 injured, the emergency services said on Twitter.

A landslide triggered the crash between the northeastern towns of Terrassa and Manresa just after 6 a.m. (local time), a spokeswoman for the train company, Renfe said. The train carried 131 people.

The north of Spain has suffered heavy rains in the last few days causing flooding and landslides.

In 2013, 79 people were killed and about 140 injured when a train travelling from Madrid to northwest Spain came off the tracks. It was Spain’s worst train wreck for decades.