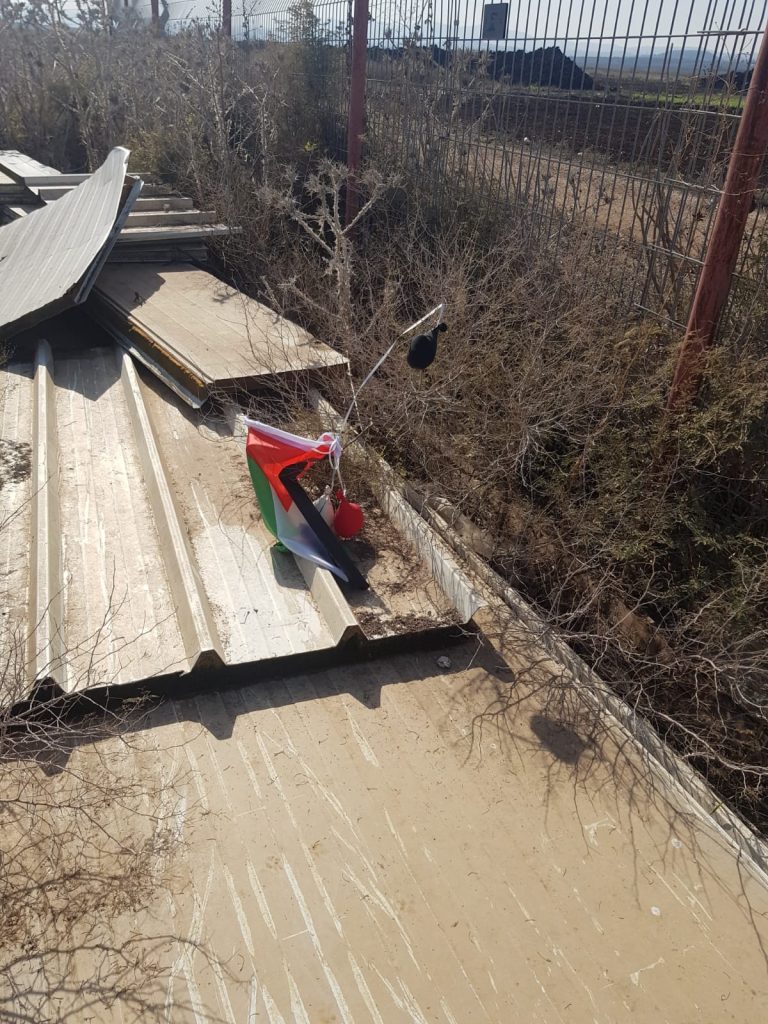 A balloon with a Palestinian flag attached was found in a field in a moshav in the Gilboa region of northern Israel Tuesday morning. The suspicious balloon was seen by workers in the field, who summoned police. A bomb squad was dispatched to examine the balloon, which was feared to have an explosive device attached, as many terror balloons sent to Israel in recent months by Gaza Arab terrorists have had.

The balloon turned out to have only a flag attached, but residents of the moshav were not comforted, Hadashot News reported, quoting one as saying that a bomb could just as easily have been attached to the balloon. The field is located just a few hundred meters from the security fence, and residents of the moshav fear that the balloon may have been a test by terror groups to gauge Israel’s response to what they are afraid may become an onslaught of terror balloons.

Police said that they were investigating the source of the balloon, adding that they should be called in the event that any suspicious item, especially kites or balloons, are seen or discovered by any Israeli anywhere in the country.