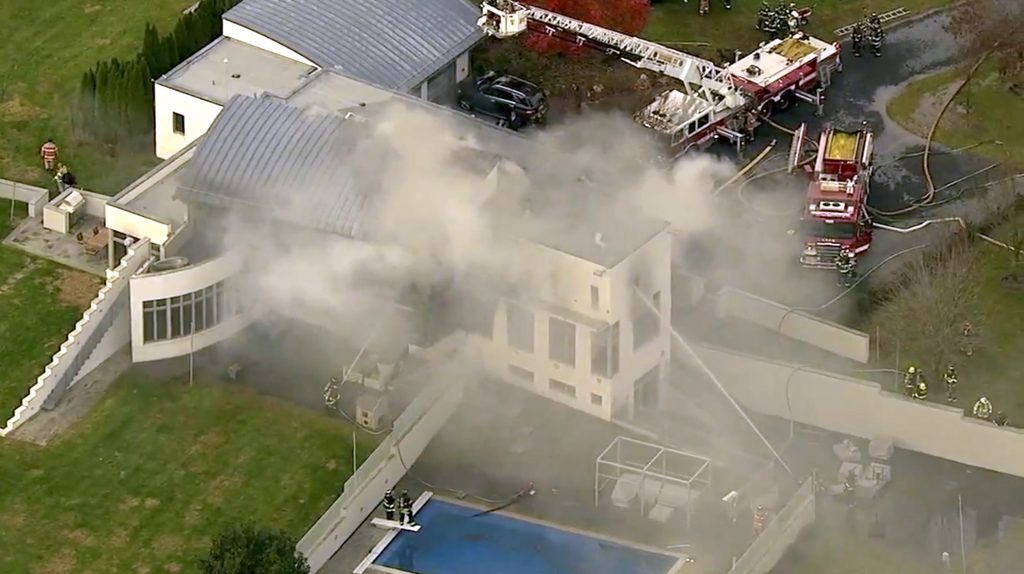 Prosecutors have reported that 4 people, including 2 children, were found dead at scene of New Jersey mansion fire near the New Jersey shore being investigated as arson.

Video shows smoke pouring from the roof of the two-story home in Colts Neck as firefighters battle the blaze. The house is surrounded by fields and has a swimming pool.

Helicopter footage showed a sheet in the middle of the yard next to the house with police tape cordoning off the area.

The Monmouth County prosecutor’s office says there are multiple victims but hasn’t said how many.

Firefighters responded to the fire around 1:30 p.m. Tuesday.