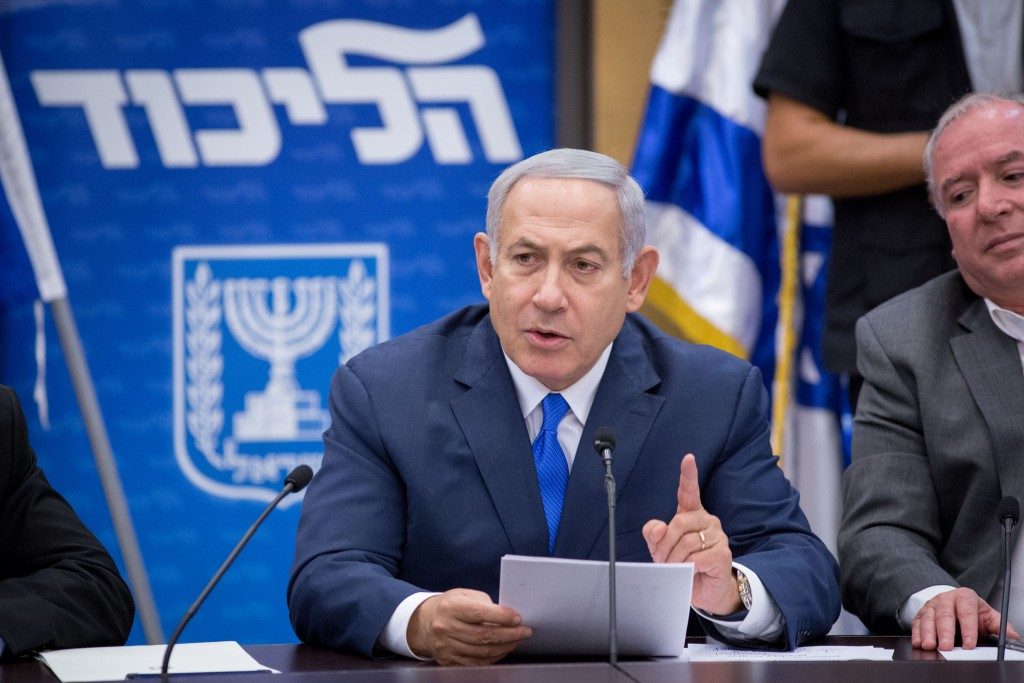 Mr. Binyamin Netanyahu has lots of virtues, but the most prominent of them all is survival. He has learned in his way how to survive in Israel politics. Even when everyone around him tries to harass him, and some are already eulogizing him, he is still there.

Mr. Netanyahu is an alumnus of MIT, and took his first steps in the political world in the United States, serving as the Israeli attaché to Washington and later as Israel’s ambassador to the United Nations. Despite his young age, he already knew how to draw the American media’s attention to the unique and exceptional story of Israel. One of the most memorable moments was when he declared that “the real source of the conflict is the regrettable refusal of our neighbors to recognize our existence.”

It seems that today, after the words “Prime Minister Binyamin Netanyahu” have become a household phrase, and a generation has grown up not knowing any other prime minister, Mr. Netanyahu’s political life seems to be teetering. The man who recently announced with undisguised pride that he would get 40 mandates in the next election is no longer confident of his decisive win, and is trying to do whatever he can to delay the next elections.

Mr. Netanyahu has adopted the American model in his political modus operandi. He stands at the front, not the party. He has vanquished and exiled his opponents within the Likud, and thus he remains the undefeated candidate. And, like in America, where a president builds a campaign for years, Mr. Netanyahu has also been busy with a personal campaign throughout his tenure.

He will not dismantle the government until he builds a new one. That is what he did the last two times, and that is why victory was his. This time, though, things seem to be getting out of hand. Avigdor Liberman pulled the rug out from under the burning southern region, and abandoned the government abruptly. Mr. Netanyahu is not left with too many partners and the sense that he has reached his saturation point is one that is being shared by many in the public arena.

As a manifestation of the fear he is feeling, his son Ya’ir Netanyahu wrote last week that “The Left is trying to crown a left-wing government while taking advantage of the Right’s frustrations.” So first of all, it’s no longer a question of Left and Right. The Right has taken no fewer steps toward peace than the Left. There is hardly any deep political identity today in Israel. It’s become the question of “yes Bibi” or “no Bibi” and Bibi knows how to take advantage of this.

Second, what does it mean to “crown a Left-wing government”?! There are elections and the public chooses. For some reason there’s this heavy feeling of corrupt government, which is being passed down from generation to generation, “a monarchy” in Ya’ir Netanyahu’s eyes. Has the time not come to desist a bit from this monarchical behavior in favor of the individual citizen?!

One of the things that Mr. Netanyahu realized is to his detriment, and which he managed to deflect, is the media. Almost from the moment he began serving as prime minister the first time, he has been perceived as a threat to the media, and they responded with harsh and overt criticism toward him. The boycott from his part was rather expected, and the media then notched up the tones accordingly.

As time went on, Mr. Netanyahu made inroads into the media industry, working to weaken Channel 2 news, and hooking up with Sheldon Adelson to establish the Yisrael Hayom newspaper, among other measures. All these contributed toward the hatred that the center-left in Israel feels for him. But Bibi keeps getting elected. The majority of the nation, from the periphery southwards, sees him as their savior, the one who protects them and respects them, and who is being persecuted even though he is innocent.

Mr. Netanyahu is obsessed with intensifying that “victimized” feeling, and today, through social media, he is able to reach the nation by bypassing the media, teaching the latter a lesson. He claims heatedly: You haven’t been ready to recognize me from the first minute. That is his American thesis regarding the real source of the conflict.

In addition to the political acumen that he possesses, we have to remember that Mr. Netanyahu also has this inimitable skill of buying time. And where else if not in politics is time the most vital and valuable commodity of all?!