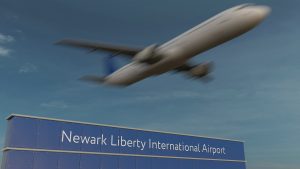 A federal regulator slammed the Port Authority of New York and New Jersey, saying it doesn’t have a reasonable or transparent method for justifying the fees it charges airlines to use Newark Liberty International Airport, one of three major airports serving the New York metropolitan area.

The Federal Aviation Administration said Monday that the Port Authority has routinely diverted airport revenue to non-airport activities. The FAA review came in response to a complaint filed several years ago by United Continental Holdings Inc., the airport’s largest user.

The FAA determination could spur lower costs for all airlines there. Chicago-based United operates a hub at Newark, which sits just across Upper New York Bay from Manhattan. In theory, lower rates at Newark could mean lower fares, since the price an airport charges airlines is passed along indirectly to passengers.

For airlines, the FAA decision could be an initial step in forcing the Port Authority to bring its rate model more in line with that at John F. Kennedy International Airport, another major airport serving the New York region. The Port Authority oversees both, along with LaGuardia and two smaller area airports.

United has tangled with the Port Authority for most of the past decade. In its December 2014 complaint, the carrier said the authority’s flight fees at Newark are 75 percent higher than at JFK. It also accused the agency of improperly diverting airport revenues to fund New Jersey roads and other projects. The FAA agreed with the airline’s assessment on that point.

Carriers at Newark are “improperly subsidizing” some of the Port Authority’s non-airport related projects, Kevin Willis, an FAA airport compliance executive, wrote in the agency’s order. “Use of airport revenue on facilities not owned by PANYNJ clearly burdens airport users, including United.”

The FAA said there was no way to figure out how the Port Authority comes up with the fees it charges. Willis found “no established, consistent, clear and fully justified method of establishing the rate base on a predictable schedule” at Newark. United said the Port Authority’s current rate formula there results in fees that are 38 percent above actual costs.

The FAA gave the agency 30 days to identify how much airport revenue it has diverted to other uses since 2012, adjust Newark rates and fees to reflect those amounts, modify its accounting practices, correct how it allocates costs and say how it intends to apply that revised method at Newark. The Port Authority said it would appeal.

“We are pleased to see the FAA take seriously the concerns we raised,” United said in a statement.

Last year, the Port Authority agreed to pay a $400,000 penalty to the U.S. Securities and Exchange Commission for failing to disclose risks associated with more than $2 billion of bonds it issued to finance New Jersey road projects.