Community Angels in the Skies
Community 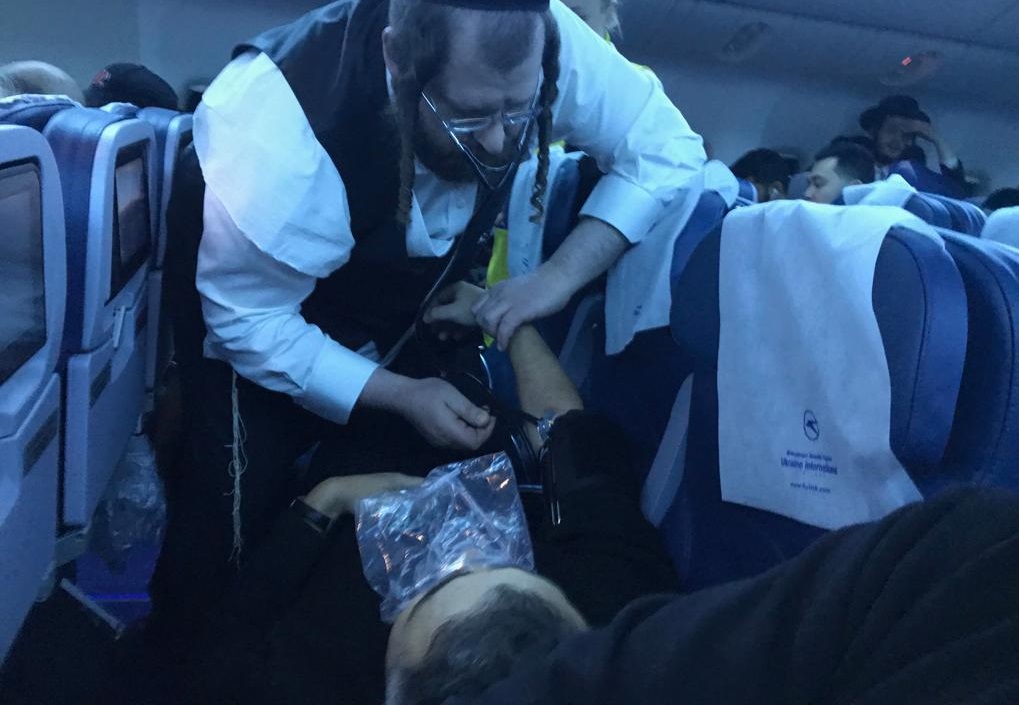 At a time when the secular media have gone out of their way to portray chareidim in a negative light, this largely overlooked story demonstrates a great kiddush Hashem which took place in the skies of the New York-Kiev route of a recent Air Ukraine flight.

The narrative begins with the planned wedding of the orphaned son of a ger tzeddek who lived in Kiev. The father converted several years ago and served as a maggid shiur in the local yeshiva of the Kiev Jewish community. The father passed away from tuberculosis a year and a half ago, leaving the son without a family to look after him.

When he became engaged to a girl from a family from the Ukrainian city of Zhytomyr, Rabbi Hillel Cohen, the director of Ichud Hatzalah of the Kiev District , took it upon himself to take care of the wedding preparations. The wedding was to be held in the local shul of the Podil neighborhood in Kiev.

Reb Avrohom Moshe Rosenberg and Reb Chaim Noah, who oversaw the campaign which raised the funds, flew to the Ukraine to participate in the wedding. During the flight, a passenger took ill, and no medical staff was available to administer first aid. Reb Avrohom Moshe, a trained paramedic who volunteers for Williamsburg Hatzolah, stepped forward and tended to the sick passenger throughout the flight, thereby generating a superb kiddush Hashem.

When discussing what had taken place, Rabbi Cohen stated, “These distinguished individuals, who labored so intensively to ensure that the wedding of this yasom take place in an honorable manner, merited to fulfill another mitzvah and kiddush Hashem while en route. This is in line with the adage of Chazal which teaches us ‘mitzvah goreres mitzvah — the performance of one mitzvah draws another mitzvah.’”

“The selfless [behavior by] this individual shatters the falsehoods that are being spread concerning chareidi travelers,” said Rabbi Cohen. “At a time of incitement against the shomer Shabbos population, this incident makes it obvious that chareidim are willing to help in all places and at all times.”