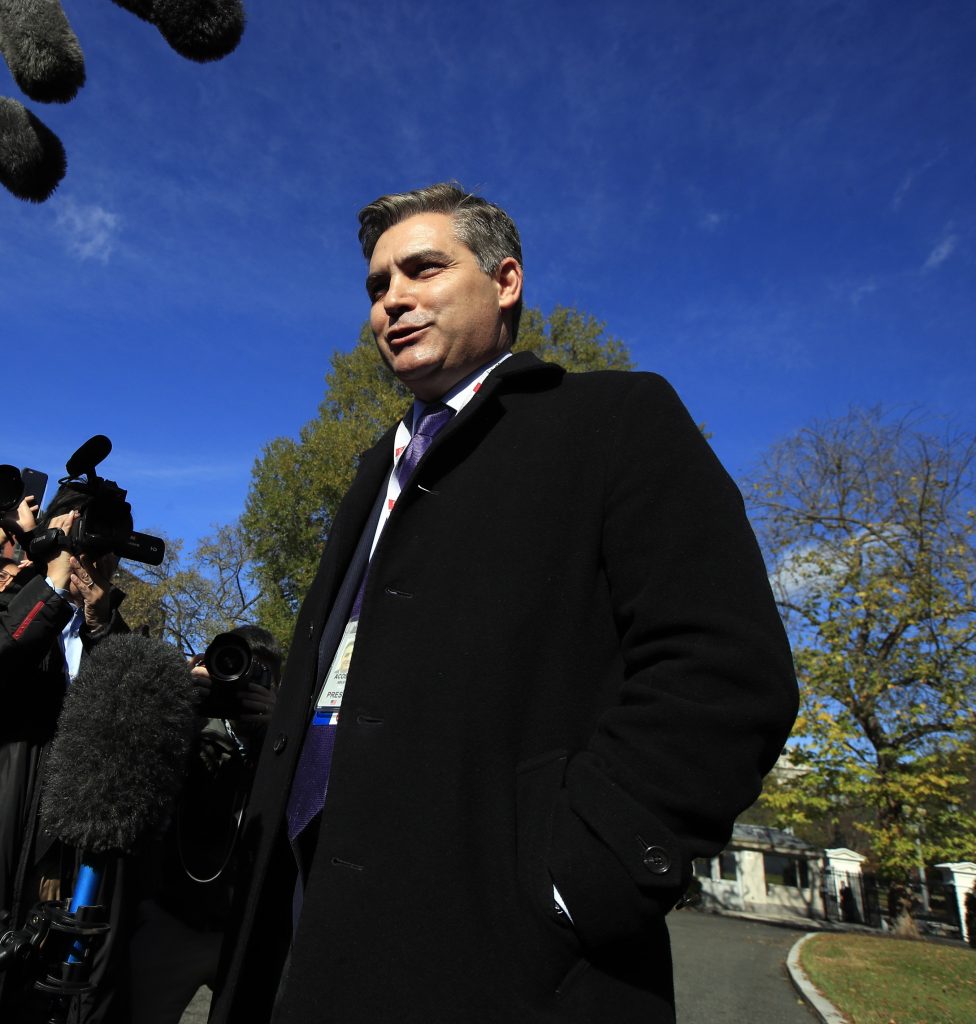 The Trump administration said Monday that it will fully restore CNN reporter Jim Acosta’s White House credentials, but warned that he must follow a series of rules at future press conferences.

White House officials Sarah Huckabee Sanders and Bill Shine sent Acosta a letter explaining his status. His press pass had been revoked after a dust-up at a press conference with President Donald Trump.

On Twitter, CNN declared victory, saying: “Today the @WhiteHouse fully restored @Acosta’s press pass. As a result, our lawsuit is no longer necessary. We look forward to continuing to cover the White House.”

It was an abrupt about-face for the Trump administration, which said Friday that despite a judge’s injunction allowing Acosta back into the White House, it would seek to bar him again in two weeks.

The White House’s letter made clear his credentials could be threatened again. The officials said that at future press conferences, each reporter would be limited to a single question, with follow-up questions permitted at the discretion of the president or staff. It adds that “‘Yielding the floor’ includes … physically surrendering the microphone to White House staff.”

The letter said failure to abide by the rules “may result in suspension or revocation of the journalist’s hard pass.”

In a letter sent later Friday, Sanders and Shine said they had made a preliminary decision to suspend Acosta’s pass.

They told Acosta his behavior “violated the basic standards” governing presidential news conferences. In this case, Acosta had asked follow-up questions aggressively and initially refused to give up a microphone to a White House intern.

President Trump has called for more “decorum” at the White House and has said staff is “writing up rules and regulations” for reporters.