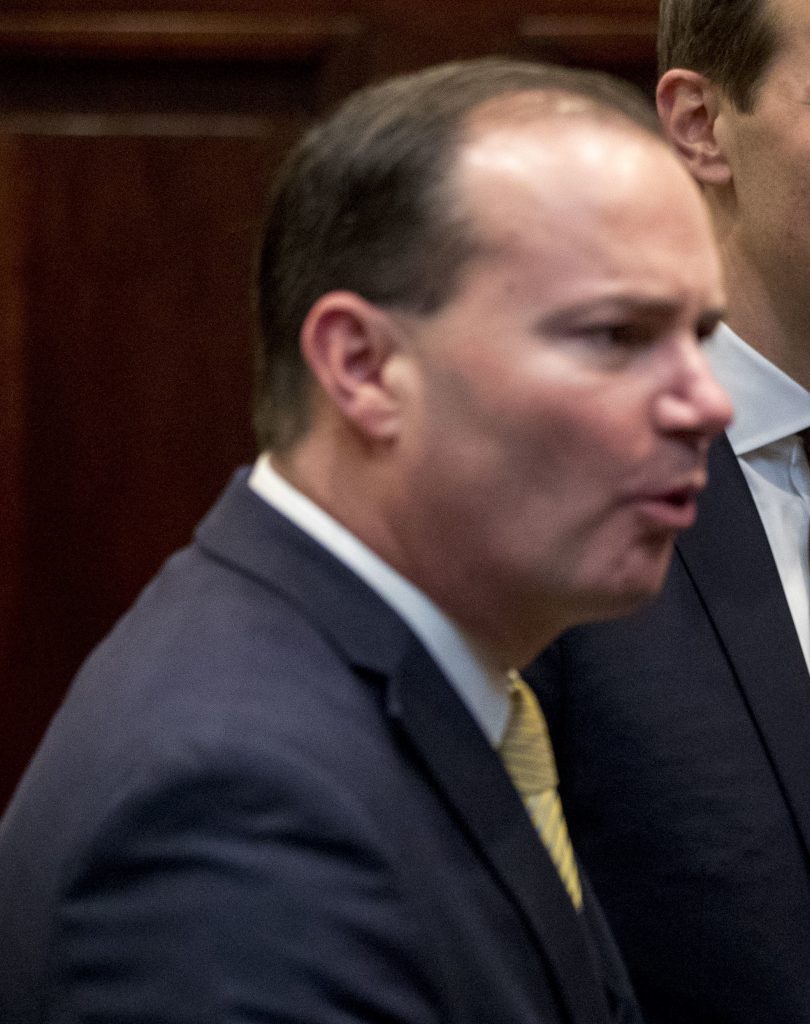 media Monday over a criminal justice bill that has President Donald Trump’s endorsement but has created a rift within the GOP conference.

Sen. Mike Lee (R-Utah), one of the main authors of the legislation that would overhaul U.S. sentencing laws, responded pointedly to criticism from Sen. Tom Cotton (R-Ark.), the loudest opponent of the bill on Capitol Hill.

“I highly respect my colleague from Arkansas but everything in his tweet and this thread is 100% Fake News,” Lee tweeted Monday, referring to a thread of tweets from Cotton in which he asserted that the bill would prematurely release violent criminals from prison.

Cotton had protested that there had been no hearings on the legislation, and speculated that the bill’s proponents were afraid of letting the measure come under public scrutiny.

“The ‘final” text of the FIRST STEP Act was only released yesterday, and details seem to continue to change,” Cotton tweeted on Saturday. “If it’s finalized & ready for a vote, why offer to keep changing it?”

In his rebuttal Monday, Lee noted that the final version of the criminal justice overhaul is a combination of legislation that has already passed the House and a similar bill that the Senate Judiciary Committee cleared earlier this year. He also emphasized that the legislation encourages prisoner rehabilitation and that the Bureau of Prisons ultimately has authority over who would qualify for early release.

“These are not new policies,” Lee tweeted. “Second, and more importantly, the First Step Act does not ‘give early release’ to anyone. Anyone claiming it does, does not understand how the bill works.”

Lee continued: “If @SenTomCotton has good faith problems with this bill then he should welcome a full and open debate on the Senate floor where he can offer amendments to provisions he finds objectionable. But first this bill needs to be brought to the Senate floor, so debate can begin.”

Cotton answered: “@SenMikeLee no early release? Look at text. Eligible prisoners – including those who assault law enforcement officers with deadly weapons – earn new “time credits” for “pre-release custody or supervised release,” which is why sheriffs call this dangerous.”

Doug Stafford, the chief strategist for Sen. Rand Paul (R-Ky.), another prominent GOP supporter of the bill, responded via Twitter to Lee: “I don’t respect people who deliberately lie about your bill.”

The angry exchanges came as supporters quietly began rounding up backing for the popular measure that nonetheless faces an uncertain future in the coming weeks.

The bill, formally introduced Thursday evening, would make a number of significant changes to sentencing laws – revisions that were not included in the House bill and are significantly more controversial with Republicans.

For example, it would lower mandatory minimum sentences for drug felonies, including reducing the “three strikes” penalty from life behind bars to 25 years. The agreement also lets judges take advantage of “safety valves” – which allow them to issue sentences shorter than mandatory minimums for low-level crimes – in more types of cases.

The bill’s backers are now whipping up support for it, in hopes to show Senate Majority Leader Mitch McConnell (R-Ky.) that the legislation has more than enough votes to pass the Senate. But McConnell has been publicly and privately skeptical about the bill’s prospects, telling Trump in a private White House meeting late last week that it was unlikely to pass before the end of this calendar year.