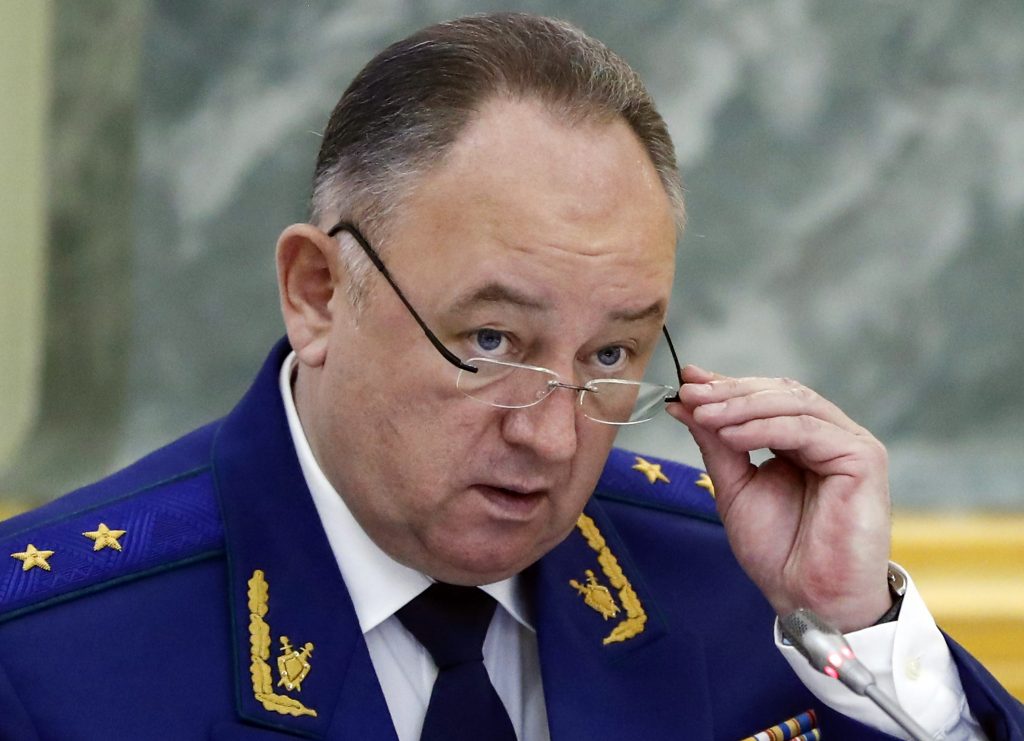 Russia levied new charges against U.S.-born investor and Kremlin critic Bill Browder, stepping up a quest that has gotten little traction in the West with a call to the U.S. to investigate claims shareholders in his fund used illegal profits from Russia to fund contributions to the Democratic Party.

Once one of the country’s largest foreign fund managers, Browder has led a campaign to impose sanctions on alleged human-rights violators in Russia for more than a decade. Courts and governments in the U.S. and Europe have repeatedly rejected past Kremlin calls to arrest him, dismissing the charges as politically motivated.

Russian prosecutors said Monday they hope the administration of President Donald Trump will be more receptive.

“We really hope that the new leadership of the U.S. Justice Department will adopt an impartial and legal approach to the activities of William Browder,” Alexander Kurennoi, a spokesman for the Prosecutor General’s Office, told reporters at a press conference. “We’re talking about crimes that were committed by Browder and his associates, including in the U.S., where this caused losses for the state.”

Prosecutors said investors in Browder’s Hermitage Capital fund donated almost $2 million to the Democratic Party from earnings that avoided U.S. taxes. Browder is a citizen of the U.K.

The allegations are the same as those made by a Kremlin-linked lawyer at a controversial 2016 meeting with top Trump campaign officials, including his oldest son Donald Trump Jr., that’s a key element of accusations that Russia helped to elect Trump as U.S. president.

In July at a summit in Helsinki, President Vladimir Putin made what Trump hailed as an “incredible” offer. Putin said Russia would help the U.S. investigate alleged Russian election meddling in return for the right to question a number of U.S. citizens as well as Browder over an alleged $1.5 billion tax evasion. The White House later declined the request.

Browder has been a thorn in Putin’s side since successfully campaigning for sanctions under the so-called Magnitsky Law that punishes Russian officials for the 2009 jailhouse death of a tax accountant, Sergei Magnitsky. He was working for Hermitage in Moscow and accused officials of a $230 million fraud.

Russia has issued new charges against Browder of leading an international criminal group and plans to renew efforts to seek his arrest, the prosecutor general’s office said Monday.

“I really struck a nerve with the Magnitsky Act,” Browder, said on his Twitter account. “They will chase me down anywhere in the world.” He said the latest charges appeared to be timed to coincide with a Dutch proposal expected this week to pass a European version of the law.

In a fresh twist to their accusations, Russian prosecutors indicated they suspect Browder of a role in poisoning Magnitsky and two other associates. Previously, Russia had said Magnitsky died of natural causes and then later charged two prison officials with negligence in the case.