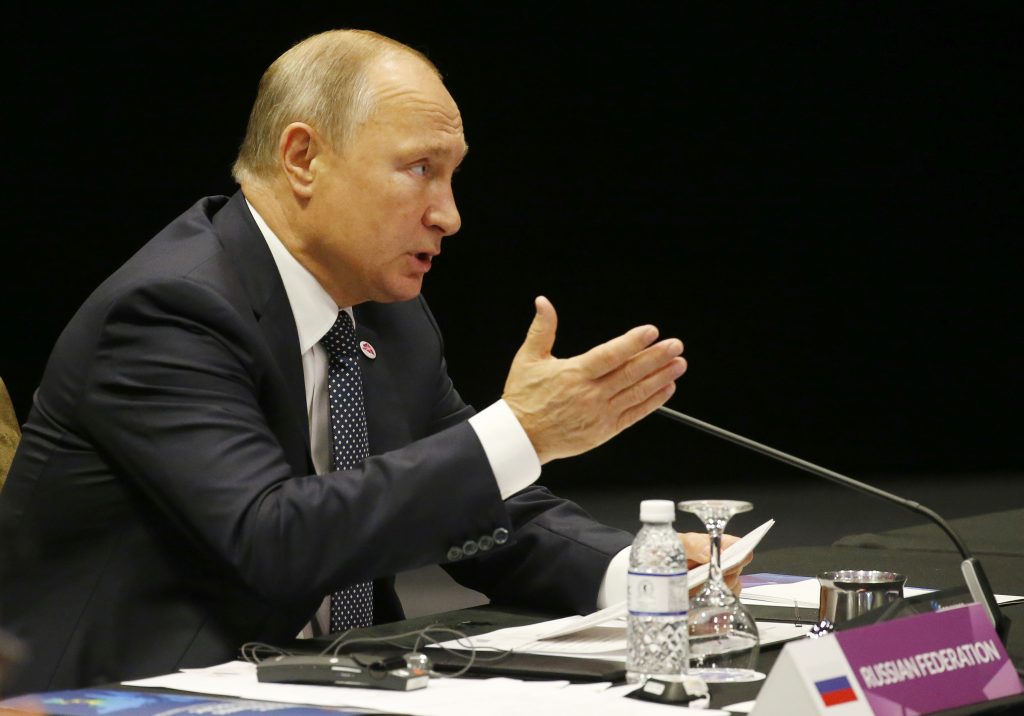 On Sunday, delegates of the general assembly of Interpol – the International Criminal Police Organization, the coordinating body for law enforcement from 192 countries – met in Dubai for their 87th annual session. The most important agenda item will come on the final day: on Wednesday, delegates will elect the organization’s new president to replace Meng Hongwei, who went missing in China in October. (The Chinese authorities later announced that Meng had been arrested on “corruption charges,” and sent what was purported to be his resignation letter to the agency’s headquarters in Lyon, France.)

The leading candidate to become the next president of Interpol is Alexander Prokopchuk, a police general in the Russian Interior Ministry who has for the past seven years headed Interpol’s Russian bureau. Prokopchuk’s candidacy was kept under wraps until the last moment – and, presumably, until the Kremlin was confident of securing enough votes. The British government has determined that Prokopchuk’s victory is assured to the extent that “there is no point in trying to stop him.” A British human rights group, Fair Trials, wrote to the Interpol secretariat strongly protesting the nomination and noting that “it would not be appropriate for a country with a record of violations of Interpol’s rules (for example by frequently seeking to use its systems to disseminate politically motivated alerts) to be given a leadership role in a key oversight institution.”

“Politically motivated alerts” have been a favorite Kremlin tactic, used to legitimize its prosecution of political opponents and make their lives more difficult by limiting their movements. Despite the explicit ban in Interpol’s constitution on “any intervention or activities of a political, military, religious or racial character,” the organization happily accepted Moscow’s requests to issue “red notices” – in effect, international arrest warrants – against prominent Kremlin opponents.

Among those targeted were Vladimir Gusinsky, the former owner of Russia’s leading independent media group; Leonid Nevzlin, vice president of Yukos Oil, who was indicted as part of the Kremlin’s campaign against the company; Eerik-Niiles Kross, an Estonian politician who has long been a thorn in the Kremlin’s side; Boris Berezovsky, once Russia’s most influential “oligarch,” who helped bring Vladimir Putin to power and later became his sworn opponent; Akhmed Zakayev, Chechen prime minister in exile; and Nikita Kulachenkov, an activist at Alexei Navalny’s Anti-Corruption Foundation. It took much time and effort to persuade Interpol to withdraw the warrants because of their political motivation.

Among the most recent targets of Kremlin-inspired “red notices” was Bill Browder, a U.S.-born financier who has spearheaded the international campaign for targeted sanctions on corrupt officials and human rights abusers in the Russian government. Sentenced in absentia to a prison term in Russia, Browder was most recently arrested in Spain on an Interpol warrant in May of this year. (He was quickly released.) He is unable to visit several countries because of the ongoing legal risks.

With a Putin-appointed police general at the helm, the Kremlin would no longer need to abuse Interpol to pursue its goals; it would be able to place the organization at its service. One should look no further than the federal wanted list from Russia’s Interior Ministry, which includes the likes of longtime Kremlin opponent Mikhail Khodorkovsky and the Crimean Tatar leader and Ukrainian lawmaker Mustafa Dzhemilev, to guess what names could be singled out for future “red notices.” (Disclaimer: Khodorkovsky is the founder of the Open Russia movement, of which I serve as vice chairman.) Americans who helped the passage of the Magnitsky Act – and whose questioning Putin demanded from President Trump in Helsinki – are likely candidates as well.

But the misuse of the “red notice” system would be the least of the problems should Prokopchuk accede to Interpol’s presidency. The main purpose of the organization is information-sharing and mutual assistance among national police forces. One can imagine what the Kremlin could do with access to sensitive databases around the world. For one thing, there could be many more inconspicuous Russian tourists visiting foreign countries on brand-new passports to admire ancient gothic cathedrals.

Unlike other international organizations, Interpol does not list its former presidents on its official website. There is good reason for this. Between 1940 and 1945, the organization – then known as the International Criminal Police Commission – was led, successively, by three Nazi war criminals: SS General Reinhard Heydrich, the chief architect of the Holocaust; SS General Arthur Nebe, who, as the head of Einsatzgruppe B was responsible for murdering tens of thousands of Jews in Poland and Belarus; and SS General Ernst Kaltenbrunner, founder of the Mauthausen concentration camp and one of the main instigators of the Holocaust, who was hanged at Nuremberg for crimes against humanity. It is a page in its history the International Criminal Police Organization would rather forget. Putin’s regime is no Third Reich – but its actions at home and abroad are a travesty to very concept of the rule of law. One day, Interpol will no doubt also want to forget the page it is about to open on Wednesday.