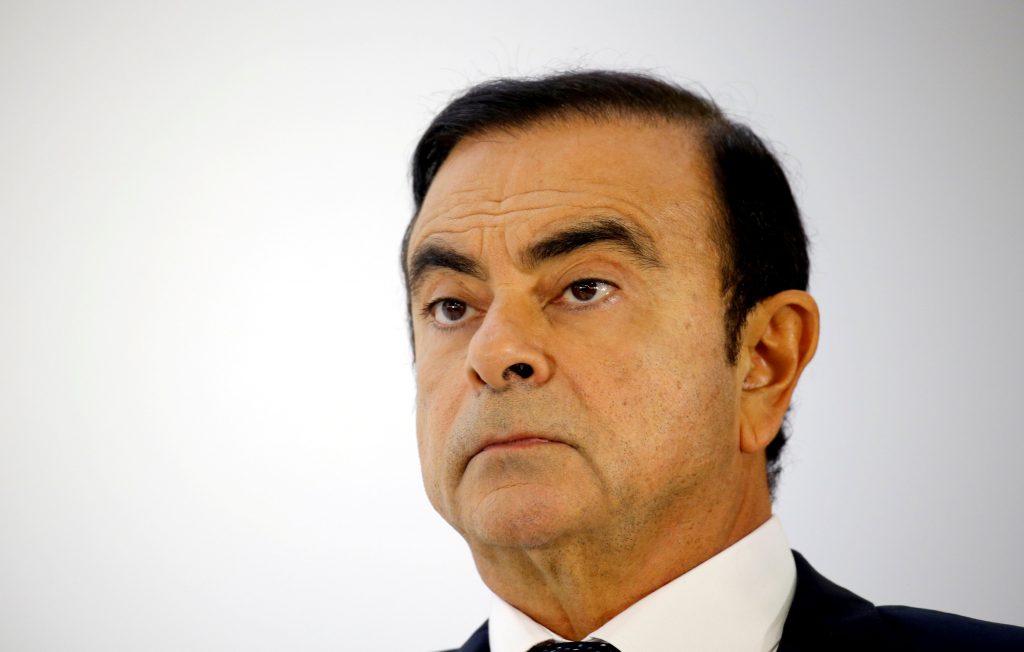 Nissan Motor Co Chairman Carlos Ghosn was arrested on Monday for alleged financial misconduct and will be fired from the board this week, a dramatic fall for a leader hailed for rescuing the Japanese carmaker from close to bankruptcy.

Ghosn is also chairman and chief executive of Nissan’s French partner Renault and his departure will raise questions about the future of the alliance.

Nissan said an internal investigation, triggered by a tip-off from a whistleblower, had revealed that Ghosn engaged in wrongdoing, including personal use of company money and under-reporting for years how much he was earning.

Nissan CEO Hiroto Saikawa said too much power had been concentrated on Ghosn, one of the best-known figures in the global car industry and a rare foreign executive who enjoyed corporate superstar status in Japan for reviving the ailing Japanese brand.

“The problem of governance was significant,” Saikawa said, confirming the arrest of Ghosn in Japan.

“Looking back, after 2005 when he became CEO of both Renault and Nissan, we did not really discuss the implications.”

Saikawa, a long-standing lieutenant to Ghosn, said he could not give specifics on the personal use of company money but that the wrongdoing was serious and had gone on for years.

“To have so greatly violated the trust of many, I feel full of disappointment and regret,” Saikawa told a late night news conference. “It’s not just disappointment, but a stronger feeling of outrage, and for me, despondency.”

Saikawa said he would propose at a board meeting on Thursday to remove Ghosn and Representative Director Greg Kelly, who was also accused of financial misconduct. Kelly could also not be reached for comment.

Renault shares tumbled 11 percent in Paris to be among the worst performing stocks in Europe. Nissan’s German-listed securities dropped 10 percent.

“The key question for us is to ensure the stability of Renault and of the alliance between Renault and Nissan, so I am working on that with all the parties,” he told reporters in Brussels after a meeting of euro zone finance ministers.

Known as “Le Cost Killer” for overseeing turnarounds that included cuts, Ghosn has remained popular in Japan despite pushing through massive job losses and recent controversy over his pay.

Japanese media said Ghosn had reported about 10 billion yen ($88.9 million) of annual compensation as about 5 billion yen for several years.

Ousting Ghosn, 64, is bound to raise questions about an alliance that he personally shaped and had pledged to consolidate with a deeper tie-up, before eventually stepping back from its operational leadership.

“It is hard not to conclude that there may be a gulf opening up between Renault and Nissan,” said Bernstein analyst Max Warburton, raising the prospect of a potential “re-Japanization” of Nissan and the end of the alliance.

“Ghosn is viewed as critical for value unlock,” he added.

Renault owns 43.4 percent of Nissan, while Nissan owns 15 percent of Renault, with no voting rights in a partnership that began in 1999. Since 2016 Nissan has held a 34 percent controlling stake in its smaller Japanese rival, Mitsubishi.

A statement from Mitsubishi said it would propose removing Ghosn from its board.

Monday’s news is likely to raise questions about Nissan’s accountability at a time when Japan has been pushing companies for better governance.

Recent cases of corporate malfeasance have hit companies including accounting irregularities at Toshiba Corp and data falsification and improper inspections by manufacturers including Nissan.

The Asahi newspaper reported on its website that prosecutors had begun searching the offices of Nissan’s headquarters and other locations on Monday evening.

Brazilian-born, of Lebanese descent and a French citizen, Ghosn began his career at Michelin in France, moving on to Renault. He joined Nissan in 1999 after Renault bought a controlling stake and became its CEO in 2001. Ghosn remained in that post until last year.

In June, Renault shareholders approved Ghosn’s 7.4-million euro ($8.5-million) pay package for 2017. In addition to this, he received 9.2 million euros in his final year as Nissan chief executive.