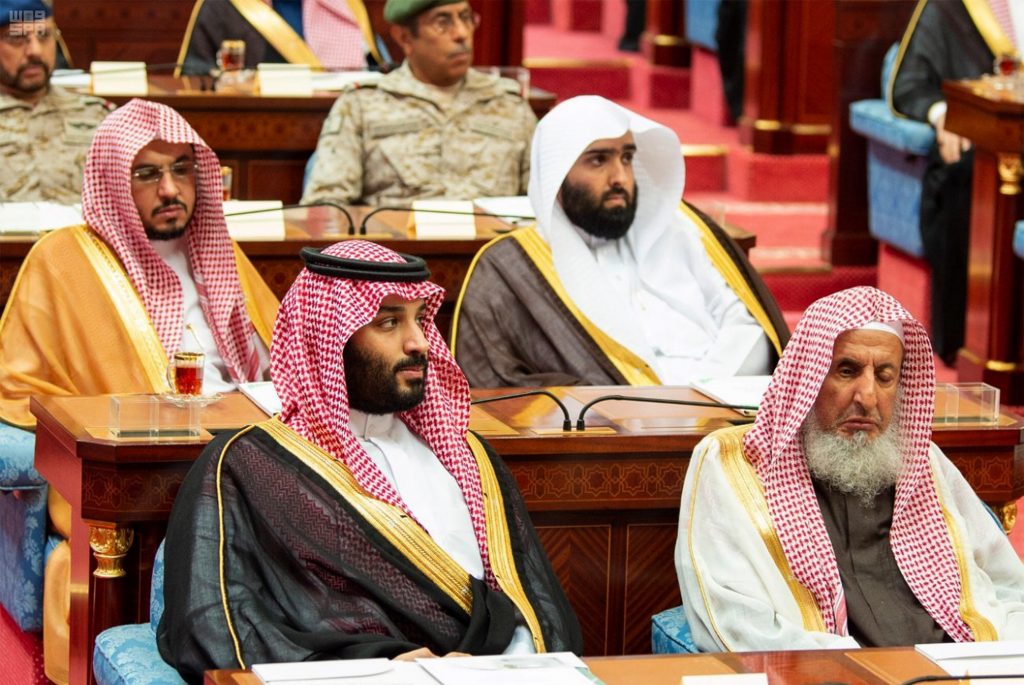 Dozens of princes and cousins from powerful branches of the Al Saud family want to see a change in the line of succession but would not act while King Salman – the crown prince’s 82-year-old father – is still alive, the sources said. They recognize that the king is unlikely to turn against his favorite son, known in the West as MbS.

Rather, they are discussing the possibility with other family members that after the king’s death, Prince Ahmed bin Abdulaziz, 76, a younger full brother of King Salman and uncle of the crown prince, could take the throne, according to the sources.

Prince Ahmed, King Salman’s only surviving full brother, would have the support of family members, the security apparatus and some Western powers, one of the Saudi sources said.

Prince Ahmed returned to Riyadh in October after 2-1/2 months abroad. During the trip, he appeared to criticize the Saudi leadership while responding to protesters outside a London residence chanting for the downfall of the Al Saud dynasty. He was one of only three people on the Allegiance Council, made up of the ruling family’s senior members, who opposed MbS becoming crown prince in 2017, two Saudi sources said at the time.

Neither Prince Ahmed nor his representatives could be reached for comment. Officials in Riyadh did not immediately respond to requests from Reuters for comment on succession issues.

The House of Saud is made up of hundreds of princes. Unlike typical European monarchies, there is no automatic succession from father to eldest son. Instead the kingdom’s tribal traditions dictate that the king and senior family members from each branch select the heir they consider fittest to lead.

Senior U.S. officials have indicated to Saudi advisers in recent weeks that they would support Prince Ahmed, who was deputy interior minister for nearly 40 years, as a potential successor, according to Saudi sources with direct knowledge of the consultations.

These Saudi sources said they were confident that Prince Ahmed would not change or reverse any of the social or economic reforms enacted by MbS, would honor existing military procurement contracts and would restore the unity of the family.

One senior U.S. official said the White House is in no hurry to distance itself from the crown prince despite pressure from lawmakers and the CIA’s assessment that MbS ordered Khashoggi’s murder, though that could change once Trump gets a definitive report on the killing from the intelligence community.

The official also said the White House saw it as noteworthy that King Salman seemed to stand by his son in a speech in Riyadh on Monday and made no direct reference to Khashoggi’s killing, except to praise the Saudi public prosecutor.

President Donald Trump on Saturday called the CIA assessment that MbS ordered Khashoggi’s killing “very premature” but “possible,” and said he would receive a complete report on the case on Tuesday. A White House official referred Reuters to those comments and had “nothing else to add at this time.”

The Saudi sources said U.S. officials had cooled on MbS not only because of his suspected role in the murder of Khashoggi. They are also rankled because the crown prince recently urged the Saudi defense ministry to explore alternative weapons supplies from Russia, the sources said.

In a letter dated May 15, seen by Reuters, the crown prince requested that the defense ministry “focus on purchasing weapon systems and equipment in the most pressing fields” and get training on them, including the Russian S-400 surface-to-air missile system.

Neither the Russian defense ministry nor officials in Riyadh immediately responded to Reuters requests for comment.

The brutal killing of Khashoggi, a prominent critic of the crown prince, in the Saudi consulate in Istanbul last month, has drawn global condemnation, including from many politicians and officials in the United States, a key Saudi ally. The CIA believes the crown prince ordered the killing, according to U.S. sources familiar with the assessment.

Saudi Arabia’s public prosecutor has said the crown prince knew nothing of the killing.

The international uproar has piled pressure on a royal court already divided over 33-year-old Prince Mohammed’s rapid rise to power. Since his ascension, the prince has gained popular support with high-profile social and economic reforms including ending a ban on women driving in the conservative kingdom.

His reforms have been accompanied by a crackdown on dissent, a purge of top royals and businessmen on corruption charges, and a costly war in Yemen.

He has also marginalized senior members of the royal family and consolidated control over Saudi’s security and intelligence agencies.

He first ousted then-powerful crown prince and interior minister Mohammed bin Nayef (MbN), 59, in June 2017. Then he removed Prince Miteb bin Abdullah, 65, son of the late King Abdullah, as head of the National Guard and detained him as part of an anti-corruption campaign.

Some 30 other princes were also arrested, mistreated, humiliated and stripped of their wealth, even as MbS splashed out on palaces, a $500 million yacht, and set a new record in the international art market with the purchase of a painting by Italian Renaissance engineer and painter Leonardo Da Vinci.

The entire House of Saud has emerged weakened as a result.

According to one well-placed Saudi source, many princes from senior circles in the family believe a change in the line of succession “would not provoke any resistance from the security or intelligence bodies he controls” because of their loyalty to the wider family.

“They (the security apparatus) will follow any consensus reached by the family.”

The United States, a key ally in economic and security terms, is likely to be a determining factor in how matters unfold in Saudi Arabia, the Saudi sources and diplomats say.

Trump and his son-in-law and adviser Jared Kushner have cultivated deep personal relationships with the crown prince. One Saudi insider said MbS feels he still has their support and is willing to “roll some heads to appease the U.S.”

But Trump and top administration officials have said Saudi officials should be held to account for any involvement in Khashoggi’s death and have imposed sanctions on 17 Saudis for their alleged role – including one of MbS’s closest aides.

U.S. lawmakers are meanwhile pushing legislation to punish Riyadh for the killing, and both Republican and Democratic senators have urged Trump to get tough on the crown prince.

King Salman, 82, is aware of the consequences of a major clash with the United States and the possibility that Congress could try to freeze Saudi assets.

Those who have met the king recently say he appeared to be in denial about the role of MbS in what happened, believing there to be a conspiracy against the kingdom. But they added that he looked burdened and worried.

When the king dies or is no longer able to rule, the 34-member Allegiance Council, a body representing each line of the ruling family to lend legitimacy to succession decisions, would not automatically declare MbS the new king.

Even as crown prince, MbS would still need the council to ratify his ascension, one of the three Saudi sources said. While the council accepted King Salman’s wish to make MbS crown prince, it would not necessarily accept MbS becoming king when his father dies, especially given that he sought to marginalize council members.

The Saudi sources say MbS has destroyed the institutional pillars of nearly a century of Al Saud rule: the family, the clerics, the tribes and the merchant families. They say this is seen inside the family as destabilizing.

Despite the controversy over Khashoggi’s killing, MbS is continuing to pursue his agenda.

Some insiders believe he built his father a new but remote Red Sea palace in Sharma, at the Neom City development site — thrown up in a record one year at a cost of $2 billion — as a gilded cage for his retirement.

The site is isolated, the closest city of Tabouk more than 100 km (60 miles) away. Residence there would keep the king out of the loop on most affairs of state, one of the sources close to the royal family said.