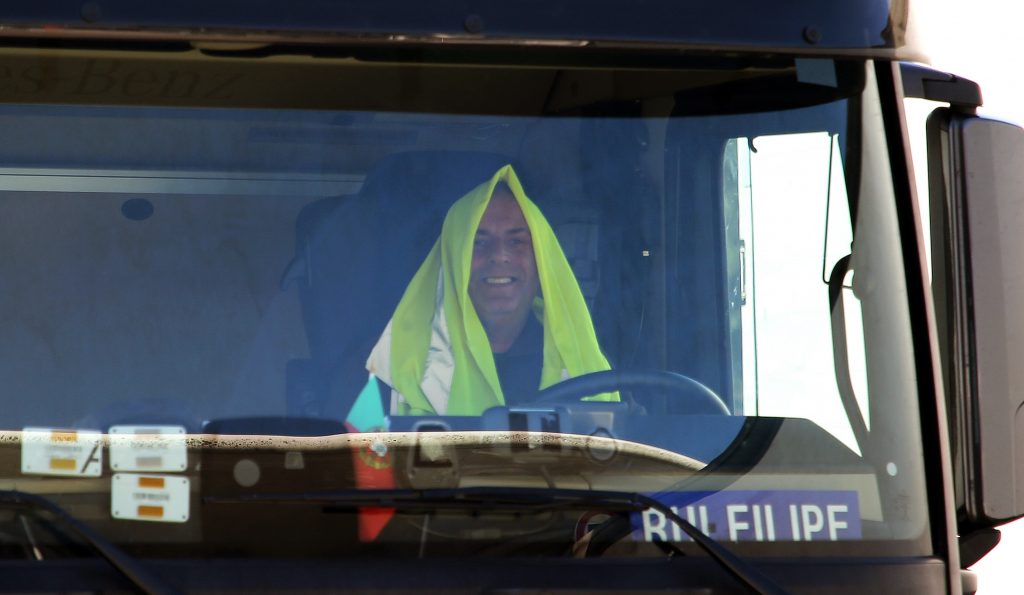 French drivers blocked oil depots and disrupted traffic toward the tunnel beneath the English Channel on Monday as they tried to keep up pressure on President Emmanuel Macron’s government to abandon fuel-tax hikes.

Scattered road blockades have continued around France since mass protests of the tax increases left one protester dead and hundreds injured Saturday.

About 20,000 protesters took part in some 350 actions Monday around France, including on a highway leading to the tunnel used by Eurostar trains to Britain, according to Interior Ministry spokesman Frederic De Lanouvelle. About 30 people were arrested overnight as police tried to clear out protesters, a security official said.

Protest representative Benjamin Cauchy said on RMC radio that drivers blocked about 10 oil depots Monday and were demanding a freeze on taxes that he says disproportionately hurt the working class.

French oil industry lobby UFIP said protesters blocked some of the country’s 200 depots and slowed traffic at others, but couldn’t give nationwide figures.

Local French media also reported road blockades Monday at sites from Verdun in the northeast to Bordeaux in the southwest.

The protests reflect broader frustration with Macron, whose government is sticking to the fuel tax rise as part of efforts to clean up the environment.

Protesters called for more national actions Saturday. They also said they were raising money online for the family of the protester who was struck and killed by a panicked driver.

President Macron himself, whose popularity has been sinking, wouldn’t comment when asked Monday about the protests. He referred to the Sunday night comments by his prime minister, Edouard Philippe, who vowed to keep the fuel tax hikes in place.

The protest movement represents drivers of various backgrounds, notably those who rely on their cars to get to work. The protesters called themselves “yellow jackets” after the safety vests French drivers are obliged to keep in their cars for emergencies.

Taxes on diesel fuel have gone up 7 euro cents (nearly 8 U.S. cents) and are to keep climbing in the coming years, Transport Minister Elisabeth Borne has said. The tax on gasoline is to increase by 4 euro cents. Gasoline currently costs about 1.64 euros a liter in Paris ($7.06 a gallon), slightly more than diesel.