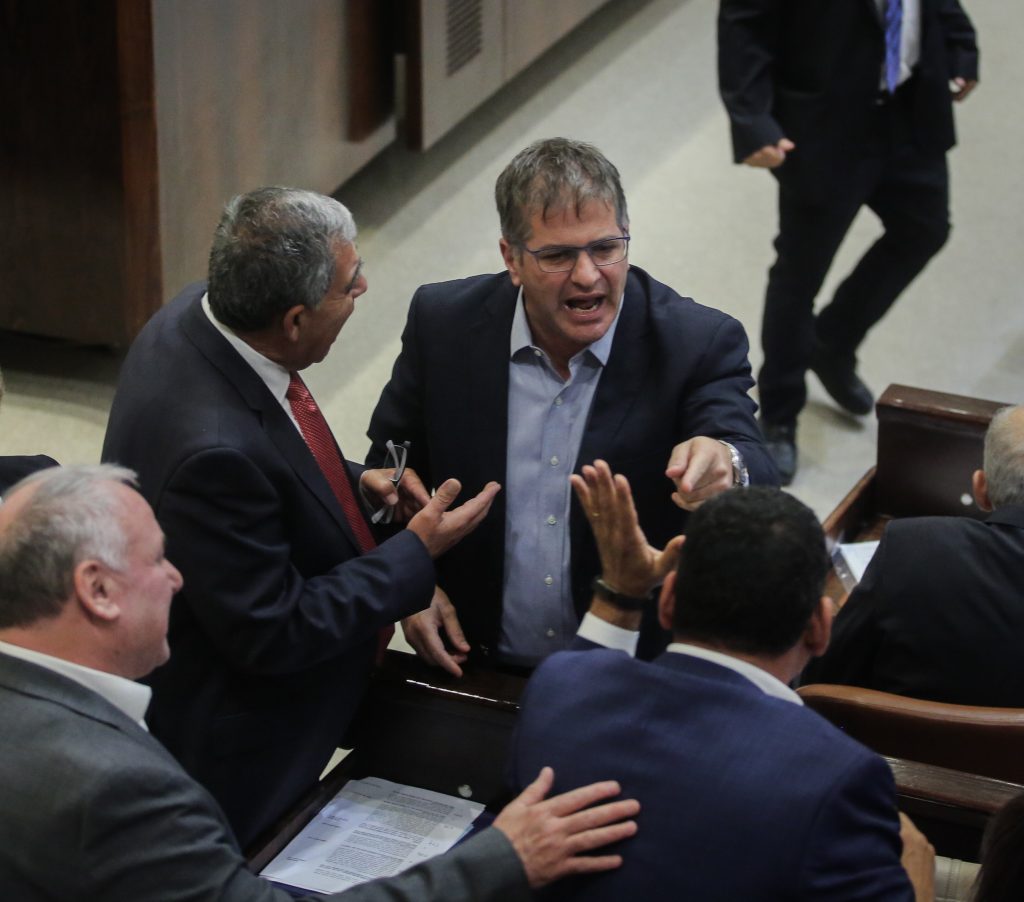 Just hours after Naftali Bennett rescinded his resignation threat and the coalition was saved, the opposition succeeded in passing a no-confidence motion in the Knesset.

Normally, that would be sufficient to bring down a government, but as the coalition still has a majority of 61 to 59, and 61 votes are needed to make a no-confidence stick, this one didn’t.

In fact, the coalition boycotted the vote, making the point that it changes nothing.

However, the coalition encountered difficulties on another front, as a coalition-sponsored bill to revise regulations on land ownership was defeated by 47-42, after the opposition reneged on a prior agreement regarding the voting.

Following that embarrassment, which was attended by an uproar in the plenum, coalition leaders decided to withdraw all bills that were on the Knesset agenda Monday night due to the difficulty in obtaining a majority in the plenum.

According to his office, PM Netanyahu will “continue to hold talks with heads of the coalition in order to stabilize it and ensure continued work for the citizens of Israel.”