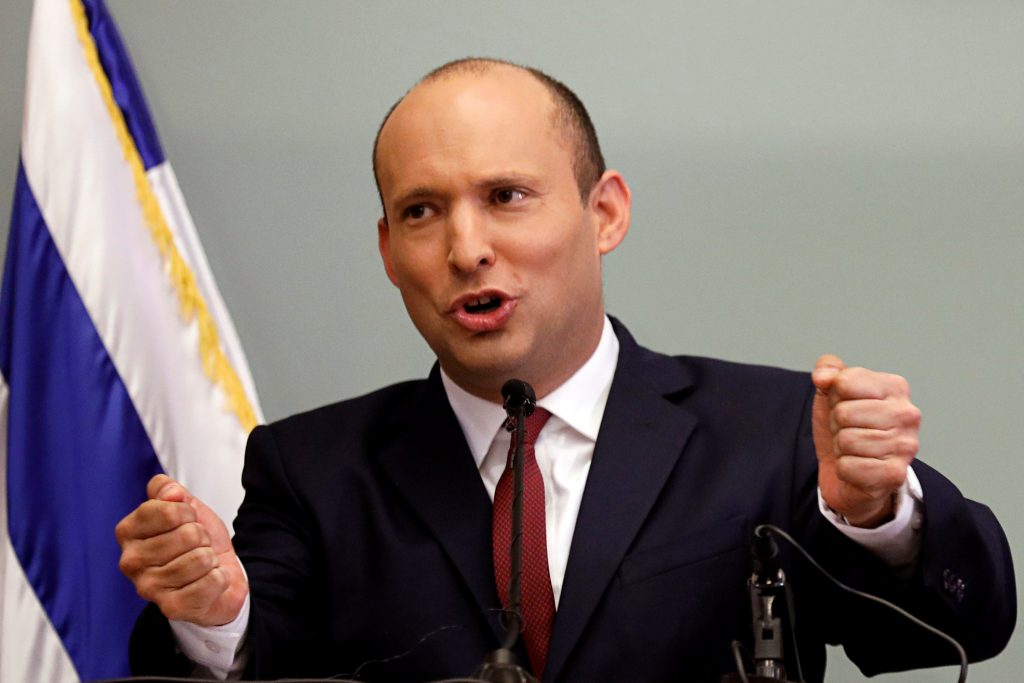 At a much-anticipated press conference Monday, Education Minister Naftali Bennett and Justice Minister Ayelet Shaked said they would not resign their posts, thereby breaking up the coalition, as many had expected. The press conference comes after Prime Minister Binyamin Netanyahu on Sunday night decided not to appoint Bennett as defense minister in place of the resigned Avigdor Liberman, as Bennett had sought. Netanyahu declared himself defense minister.

The decision came after a discussion Netanyahu had with Bennett about the matter Friday, in which, Bennett said, the prime minister said that he was a “worthy candidate” for the job. “For his own reasons, the Prime Minister decided not appoint me to the position.”

Bennett wanted the job in order to take on the country’s serious security issues. What convinced Bennett to remain, he said, was a promise from the prime minister that the issues raised by Jewish Home would be dealt with.

“Israel is in a serious crisis of confidence. The problem is not our enemies, but ourselves. We are not facing an apocalypse, but something not good is happening to us internally. If Israel wants to begin winning again, it will,” said Bennett.

“At the same time that the authorities demolish every illegal terrace in Tel Aviv, they look the other way at whole towns illegally built by Arabs, fearful to demolish them, even with the permission of the courts, because of the fear of what the Europeans will say,” the education minister said, cataloging a list of what he saw as critical security issues that Netanyahu promised to deal with.

“IDF soldiers are more fearful of the army’s attorneys than they are of Hamas head Yahye Sinwar. The most dangerous thing is that Israel has begun to think that it cannot win. We are in politics to make a change. We can beat the terror,” he said.

In conversations with Netanyahu, Bennett said that the prime minister had promised that there would be a major change in the direction that Israel has been going in. “The ball is in Netanyahu’s court. Over the next few weeks we will see if the revolution that the prime minister has promised will take place. Will we remove Khan al-Ahmar? Will it be clear that it is not worth murdering Jews in the Land of Israel?”

The responsibility for solving the security problems was now on Netanyahu’s shoulders, Bennett said. What convinced him was a conversation he had with Nobel Prize winner Yisrael Aumann, who convinced him that the good of the state was more important than the negative impact on Bennett’s political career that could result from his appearing to “capitulate” to Netanyahu on the security issue. “I would rather lose to Netanyahu than to Yahye Sinwar,” he said.

Shaked said in her comments that she expected that Jewish Home would “pay a price” for their decision to remain. “We will not run away from our responsibility,” as Avigdor Liberman had. “We will not endanger the state. Politics is a tool to achieve goals and serve the public. Many urged us to quit, but I am sorry to disappoint them.”

The upshot of the declarations was that Netanyahu’s coalition survived for another day, at least. The government has 61 votes in its coalition, a situation that has not changed. Reports Monday morning said that there had been a great deal of pressure on Bennett not to resign and bring down the government, with members of his own party, as well as leaders of communities in Judea and Samaria and rabbinical leaders associated with the Religious Zionist movement urging him not to quit.