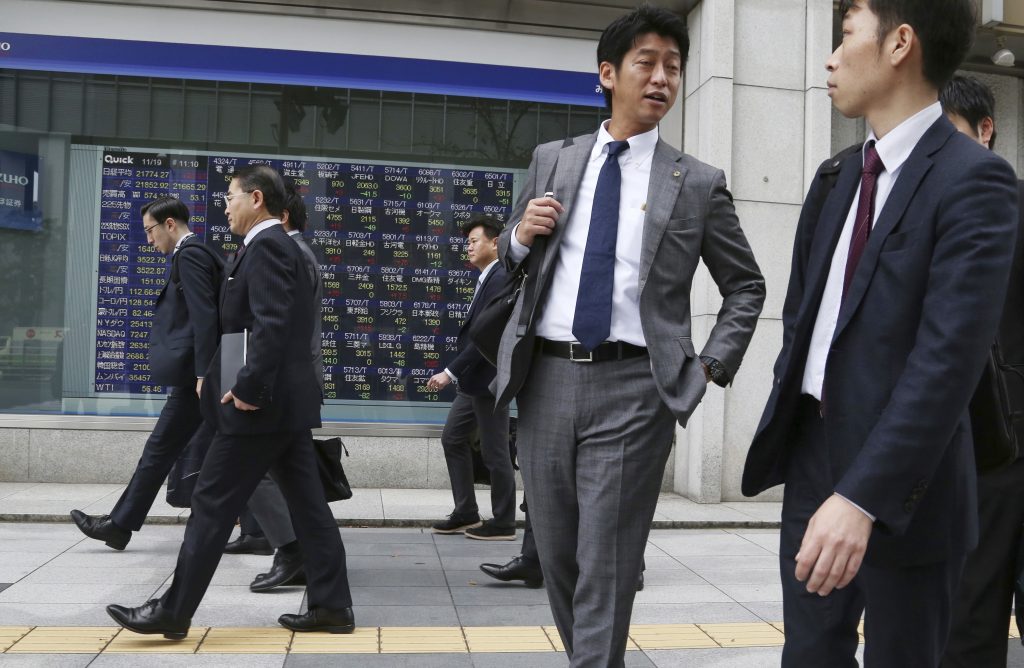 Asian shares were mostly higher Monday after a buying spree on Wall Street sustained investor optimism into the new week, despite continuing worries over trade tensions.

Clashes between China and the U.S. at a Pacific Rim summit over the weekend may signal limited prospects for a breakthrough in a standoff over the Trump administration’s complaints that Beijing steals or pressures foreign companies to hand over technology as the price of market access. The U.S. has imposed a 10-percent tariff on $200 billion of Chinese goods. That tariff is set to rise to 25 percent in January. Another $50 billion of Chinese goods already is subject to 25-percent duties. Beijing has responded with penalty duties on $110 billion of American goods. Talks continue ahead of a meeting between Chinese President Xi Jinping and President Donald Trump planned for the G-20 summit later this month.

“The APEC Summit held at Papua New Guinea, revealed just how deep the rifts between U.S. and China are, watering down hopes of an imminent U.S.-China trade deal that averts further tariffs,” said Vishnu Varathan of Mizuho Bank in Singapore.