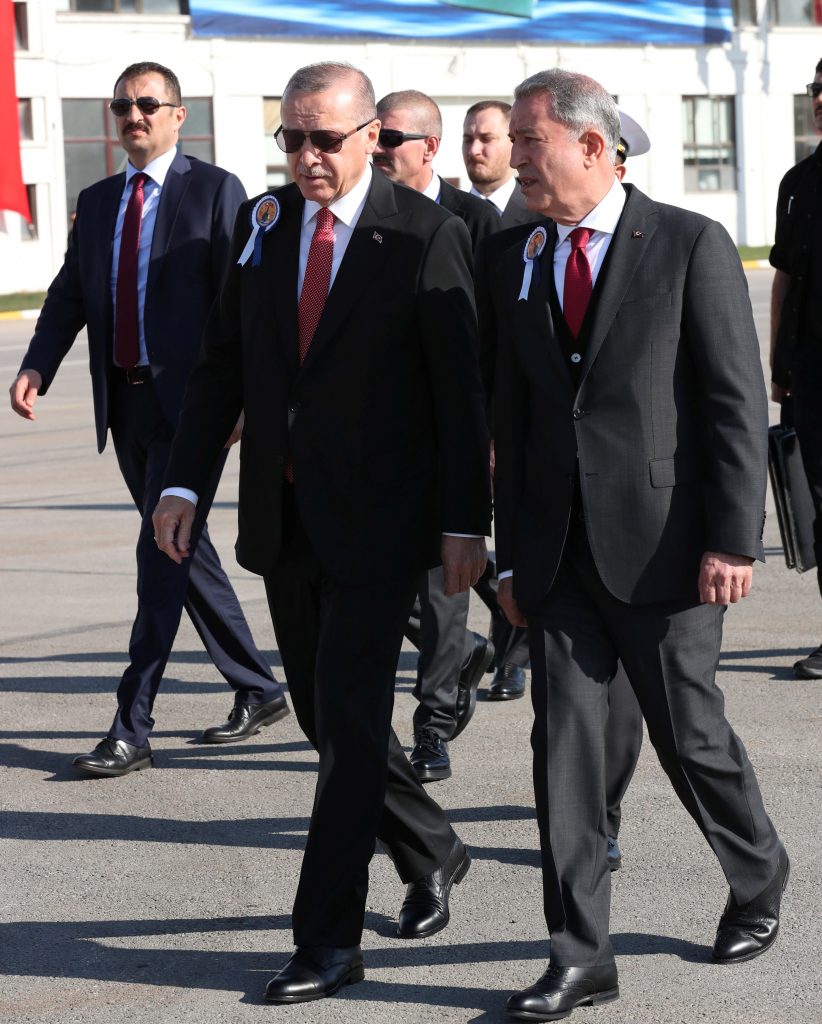 The killers of Saudi journalist Jamal Khashoggi may have taken his dismembered body out of Turkey in luggage, Turkish Defense Minister Hulusi Akar was quoted as saying by broadcaster CNN Turk on Sunday.

Khashoggi, a U.S. resident and Washington Post columnist, was killed in the Saudi consulate in Istanbul on Oct. 2, sparking global outrage against the kingdom and its de facto ruler, Crown Prince Mohammed bin Salman.

Riyadh had offered numerous contradictory explanations for his disappearance, before saying Khashoggi was killed after “negotiations” to convince him to return to Saudi Arabia failed.

Speaking at a panel as part of an international conference in Halifax, Canada, Akar said Khashoggi’s killers may have taken the journalist’s body parts out of Turkey in luggage.

“One probability is that they left the country three to four hours after committing the murder. They may have taken out Khashoggi’s dismembered corpse inside luggage without facing problems due to their diplomatic immunity,” CNN Turk cited Akar as saying.

Turkey has said a group of 15 individuals, including a two-man “clean-up team,” was involved and that Khashoggi’s body had been dismembered. Turkish officials have also called for an investigation into whether the body was dissolved in acid.

Saudi public prosecutor Shalaan al-Shalaan said on Thursday that Khashoggi’s body was dismembered, removed from the building and handed to an unidentified “local cooperator.”

More than a month after the murder, Turkey is trying to maintain pressure on Prince Mohammed, releasing a stream of evidence that undermined Riyadh’s early denials.

President Donald Trump on Saturday called a CIA assessment blaming Prince Mohammed for the killing “very premature” and said he would receive a complete report on the case on Tuesday.

Turkey says it has recordings related to the killing which it shared with Western allies. One Turkish official told Reuters that officials who heard the recordings, which include Khashoggi’s killing and conversations leading up to the operation, were horrified but their countries had done nothing.

On Thursday, without naming them, Shalaan said the Saudi prosecutor had requested the death penalty for five individuals “charged with ordering and committing the crime, and for the appropriate sentences for the other indicted individuals.”

He said 11 of 21 suspects had been indicted and would be referred to court, while investigations of the remaining suspects would continue.

However, Turkish Foreign Minister Mevlut Cavusoglu said he was not satisfied with Shalaan’s statement, pushing Riyadh to disclose the location of Khashoggi’s remains and calling for the suspects to be tried in Turkey.