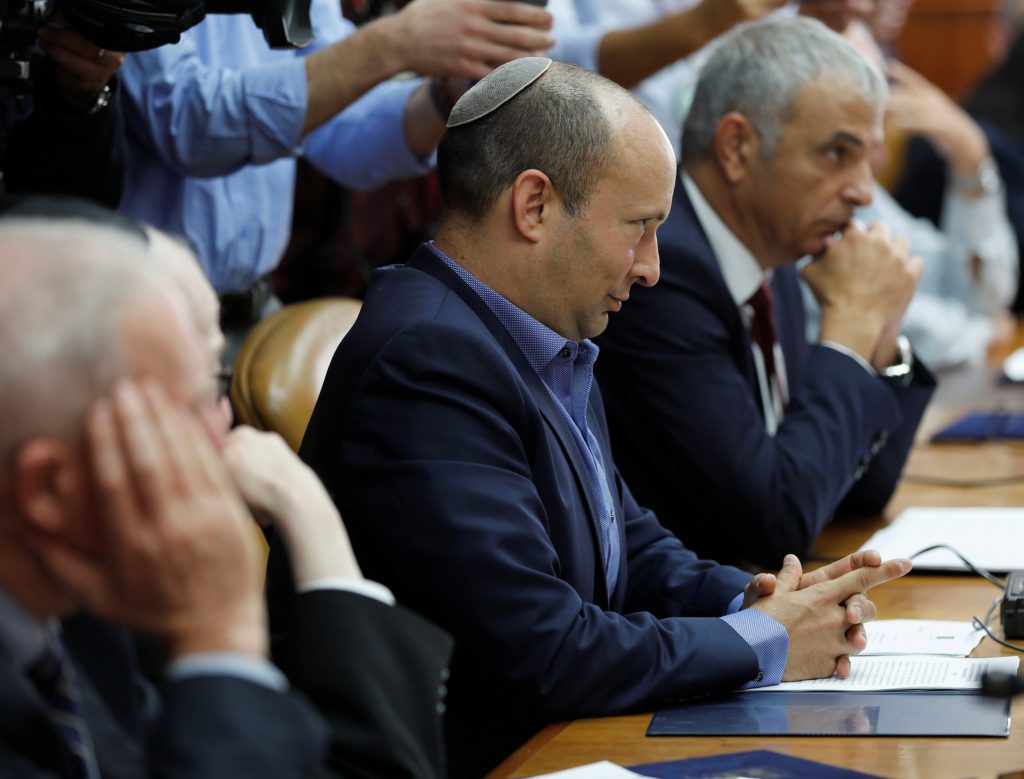 Prime Minister Binyamin Netanyahu canceled a meeting of Likud MKs and coalition partners that had been set for Sunday morning, as a report on Army Radio said that Education Minister Naftali Bennett and Finance Minister Moshe Kahlon had agreed on a date for elections. The date March 26, 2019, (19 Adar II) had already been mentioned Motzoei Shabbos by political commentators as the target date.

With that, Netanyahu is still trying to keep his coalition together. While reports Friday said that Netanyahu had decided not to appoint Bennett defense minister, the education minister said in an interview Motzoei Shabbos that the prime minister had agreed to let him take the job. Kahlon, for his part, said he had no problem with Bennett as defense minister, paving the way for Netanyahu to pick him for the job.

In an interview Motzoei Shabbos, Kahlon appeared to favor early elections, but a report on Kan News said that he, too, was amenable to keeping the government together. Kahlon has proposed major budget cuts for all ministries to pay for a court-ordered pension supplement for retired police and prison guards, a move that would provide much fodder for his political enemies in the midst of an election campaign.

According to the report, Netanyahu is trying to work out a deal with Kahlon that would see the plan approved by the Cabinet in exchange for a continuation of the coalition. If Kahlon agrees, Netanyahu would then have to sell the plan to his coalition partners and Likud ministers, several of whom have slammed the budget cuts. Netanyahu is set to meet with Kahlon Sunday night. A vote scheduled for Sunday to approve the cuts has been postponed, Army Radio reported.

In a statement Motzoei Shabbos, Netanyahu said that “if [Kahlon’s] Kulanu does not break up the government, there will be a government. We cannot break up a right-wing government. All members of the Likud are prepared to remain in the government and serve until the end of its term in November 2019.”

Meanwhile, Hadashot News reported Motzoei Shabbos that despite the claims by both Bennett and Kahlon, Netanyahu has come to realize that early elections are inevitable – and that he had set March 26 as the election date. Netanyahu, the report said, had told Bennett that he will not get the portfolio, and that he was taking defense for himself. “Right now the essence of the struggle is the blame game,” said analysts on Hadashot News. “The question is who will be the first to drop out, and on whom will Netanyahu place the blame for breaking up the government.”