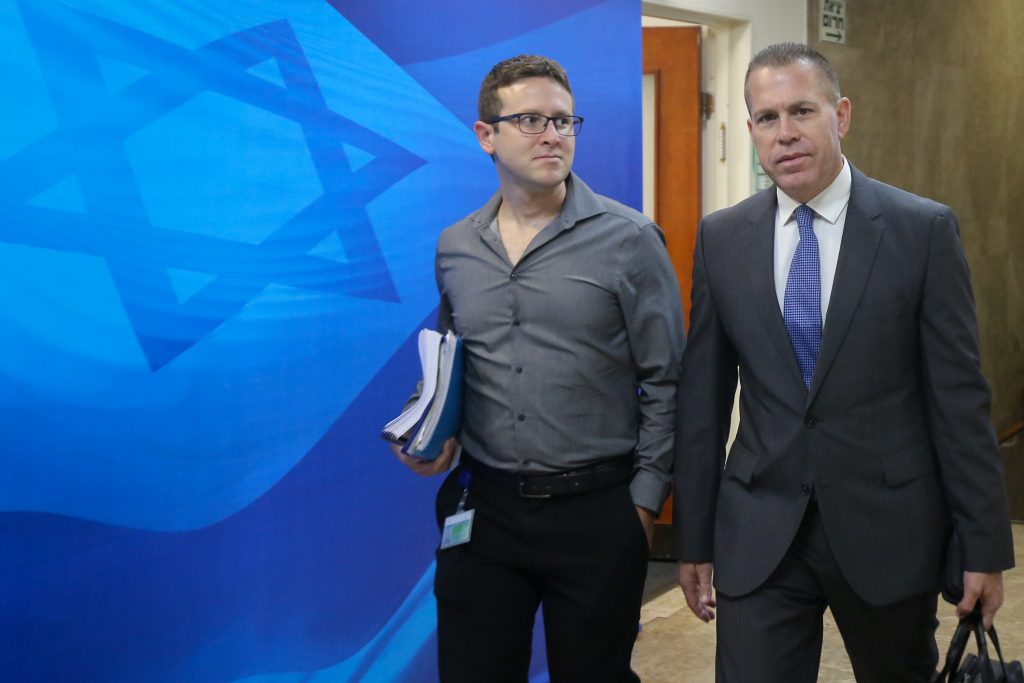 Cabinet ministers have cast doubt on the true motive for Avigdor Liberman’s resignation from the defense ministry, disputing his claim that it was because he believed the ceasefire with Hamas was a surrender to terror.

“Liberman never said he had any dispute with the prime minister, and then in recent weeks, he started to present an extreme view about a truce [with Hamas],” Public Security Minister Gilad Erdan (Likud) told Army Radio on Sunday.

“Before that, he was part of the ceasefire talks, including talks with Cyprus about building a port for Gaza.

“I don’t ever remember him asking the IDF to present alternatives for a broader attack,” Erdan added, contradicting Liberman’s insistence that he had pressed for a stronger military response.

Erdan asserted that Liberman’s resignation was a purely political and cynical pre-election maneuver.

“The man who was defense minister for two and a half years, now he criticizes the government?”, he said in an interview with Arutz Sheva. “He should ask himself why he did not do this two years ago.

“It is possible that Liberman did not intend [to resign previously], but he should have thought twice or at least resigned at a different time and not immediately after the municipal elections, because he may have thought that the prime minister would go to elections within days.

“Everyone knows that there was agreement from the military echelon and the security forces. Everyone was in line with the decision, and only after they left the cabinet meeting and there was public criticism did he get cold feet and decided to go back,” Kara said. “This behavior hurts me because leaders need to make difficult decisions that are good in the long run for the people, even if in the short term they are problematic.”

Kara did not spare Liberman’s aspiring successor, Naftali Bennet, his criticism either for demanding the defense ministry or wrecking the coalition:

“It is wrong to approach the prime minister with a loaded gun. It is not right. This is a right-wing government and the prime minister knows what is good for the State of Israel and who deserves it. If we as rightists do not allow him to run the government, then we have a problem.”