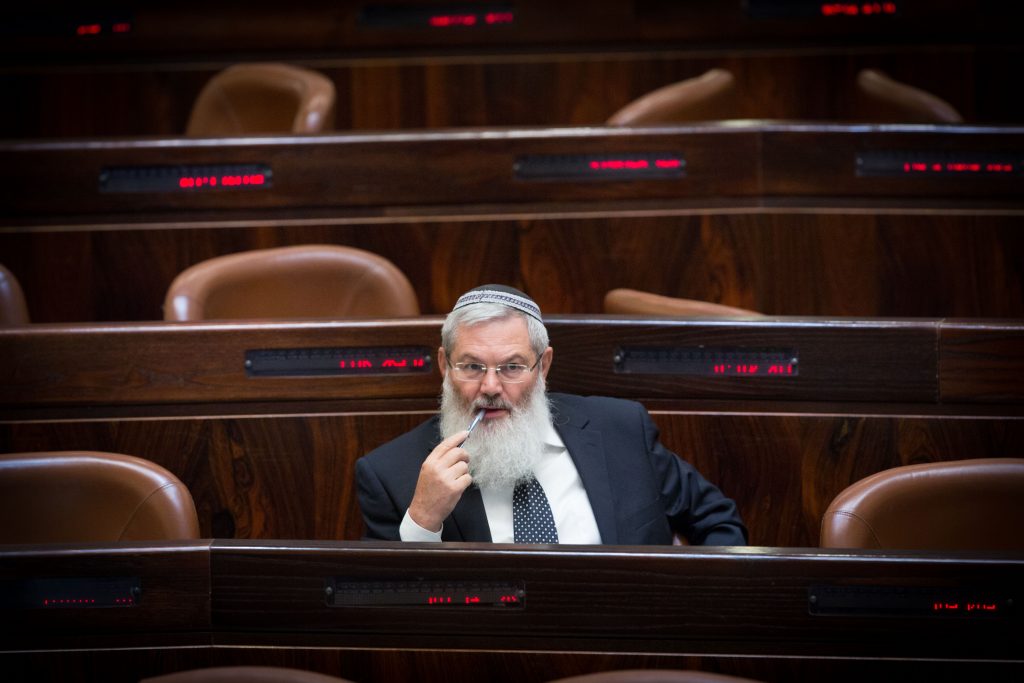 In what many in the political establishment are taking as an indication that Binyamin Netanyahu has concluded that elections are inevitable, the Prime Minister on Sunday refused to hold a vote on renewing the mandate of Deputy Defense Minister Eli Ben-Dahan, a member of Jewish Home. The move, the party said, was “another example of the mistreatment of Jewish Home at the hands of the Prime Minister and his people.”

As Deputy Defense Minister, Ben-Dahan was essentially on the staff of former Defense Minister Avigdor Liberman. Netanyahu has taken over as Defense Minister with Liberman’s departure, and as a result, all appointed staff needs to have their mandate renewed. Along with the Deputy Minister, Netanyahu also refused to renew the appointment of two of Ben-Dahan’s advisors. To reappoint Ben-Dahan, Netanyahu would have had to present the request to do so before the government, and upon approval, seek a Knesset vote approving. Both those processes were likely to succeed, observers said.

Jewish Home called the move “unfair and wrong, with a public servant of Ben-Dahan’s caliber undeserving of this treatment. The Prime Minister does not act this way towards any other party. Ben-Dahan has been a superior deputy, and with him numerous members of his staff will also be losing their jobs. We call upon the Prime Minister to reverse his decision,” the party said in a statement.

Earlier, a report on Walla News said that Finance Minister Moshe Kahlon and Education Minister Naftali Bennett, who also heads Jewish Home, had come to an agreement that both would vote for a motion to disband the Knesset that will come up for a vote Wednesday, unless Netanyahu can provide them with “convincing arguments” that the government needs to continue. According to the report, the March 26th, 2019 date that was said to have been preferred by both for elections would be postponed, as the annual meeting of AIPAC is set for that time.