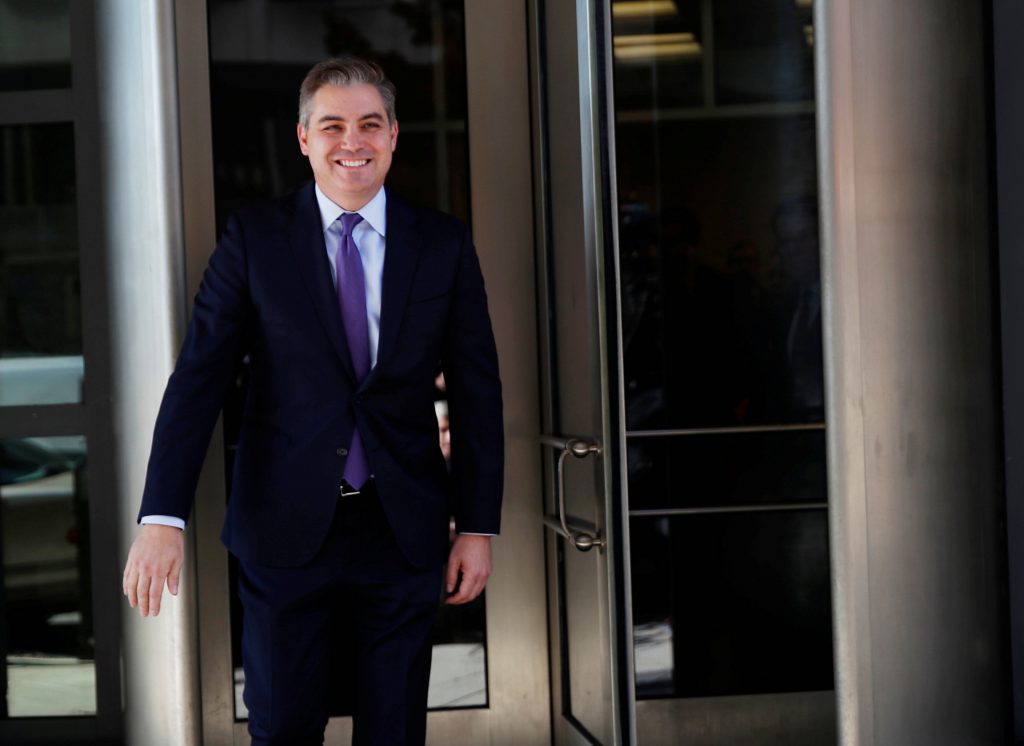 A U.S. judge on Friday temporarily restored White House press credentials to CNN correspondent Jim Acosta, which were revoked after a contentious press conference with President Donald Trump, saying there should be a due process in place for limiting a journalist’s access to the White House.

“Let’s go back to work,” Acosta said to reporters after the hearing.

Following the ruling, the White House said it will temporarily reinstate his pass.

Kelly, a Trump appointee, did not address the First Amendment’s protections for freedom of speech and the press, but instead focused on a due process provision of the U.S. Constitution that provides for fair treatment through a judicial or administrative process.

“Whatever process occurred within the government is still so shrouded in mystery that the government at oral argument could not tell me who made the initial decision to revoke Mr. Acosta’s press pass,” Kelly said in his verbal ruling.

The White House revoked Acosta’s credentials last week in an escalation of the Republican president’s attacks on the news media, which he has dubbed the “enemy of the people.”

In court, U.S. government lawyers said there is no First Amendment right of access to the White House and that Acosta was penalized for acting rudely at the conference and not for his criticisms of the president.

The judge said White House press secretary Sarah Huckabee Sanders’ initial statement that Acosta was penalized for touching a White House staffer attempting to remove his microphone was “likely untrue and at least partly based on evidence that was of questionable accuracy.”