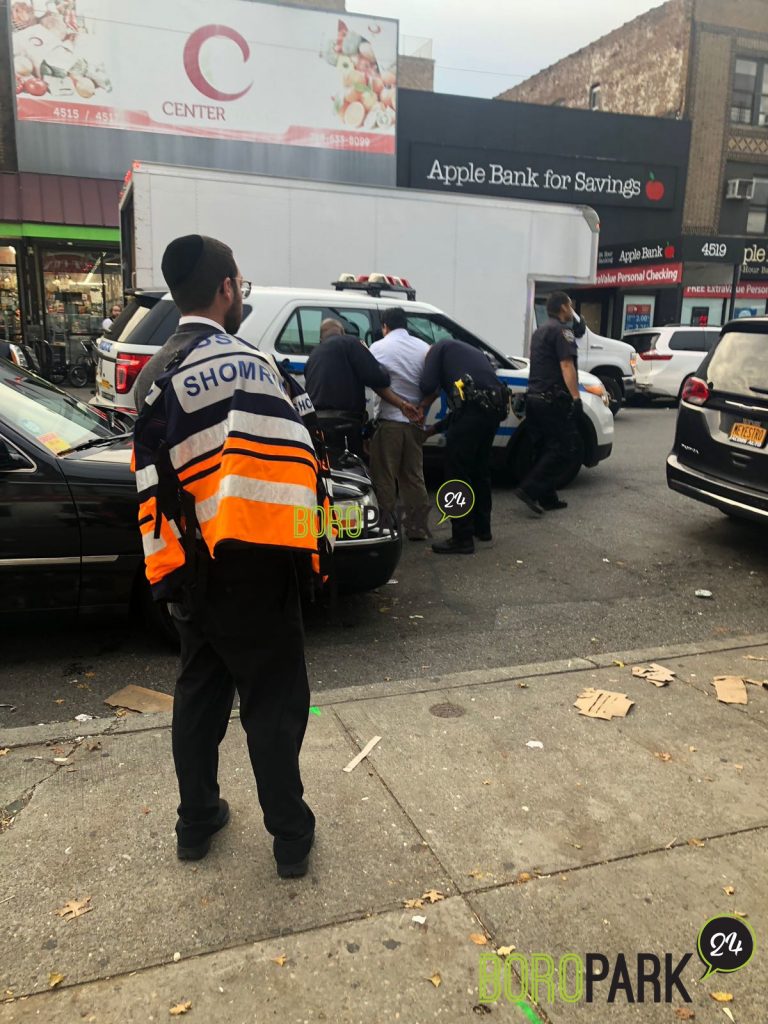 The cabdriver caught on video last month viciously beating an Orthodox Jew on 13th Ave. was arraigned by a judge Thursday on 17 charges, including as a hate crime, weeks after community outrage led the district attorney to rethink his initial refusal to include anti-Jewish bias in the charges.

An addition in the arraignment is the inclusion of attacks by Farrukh Afzal, 38, on two other Jews as well, Brooklyn District Attorney Eric Gonzalez said.

“An investigation into this disturbing incident concluded that the defendant’s alleged unprovoked attack was motivated by hate and that he only targeted those who were dressed in traditional Hasidic attire,” Gonzalez said in a statement. “Our community has zero tolerance for such bias-motivated crimes. We will now seek to hold the defendant accountable.”

The defendant was ordered to undergo a psychiatric exam and to return to court on Jan. 14. He faces up to seven years in prison if convicted.

“I’m grateful to District Attorney Gonzalez for this step in bringing this perpetrator to justice,” Councilman Kalman Yeger said in a statement to Hamodia. “The District Attorney promised me he was taking these matters seriously, not that I ever had any doubt. Those who commit heinous acts of anti-Semitism and hate violence will not go unpunished.”

Afzul, a Pakistani immigrant who worked for Church Ave. car service, was driving his livery car on the morning of Oct. 14 on 13th Avenue and 44th Street. As he drove past a man dressed in noticeably Orthodox Jewish man, Afzul allegedly swerved his car as if to hit him, causing the man to run away.

The cabbie then sped up, drove for another block and a half and stopped. He got out of his car and ran towards another Jewish man, Lipa Schwartz, a 62-year-old who was standing at the corner of 13th Avenue and 46th Street. Afzul was seen on video repeatedly and ferociously striking the victim, chasing him into the intersection, where he continued to beat and body-slam him.

When another Jewish man ran toward the two to save the victim, Afzul dropped Schwartz onto the pavement and ran after the second Jew.

Gonzalez noted that as Afzul ran toward Schwartz, he did not attack a non-Jewish delivery man who was closer to him. The victim later told investigators that he heard Afzul screaming in a foreign language words that sounded like “Allah.” And after the defendant was restrained he was heard screaming, “Israel, Israel.”

Schwartz suffered lacerations and bruising to his face and body. He was released from the hospital hours later.

While the NYPD had recommended Farrukh be charged with hate crime charges, the Orthodox community had been outraged when Gonzalez initially declined those charges. He suggested in an opinion piece that appeared in Jewish media that hate crime charges might not stand up in court. His office later reversed course.

The attack, which comes amid a surge in anti-Semitic crimes in the city, has led to several protest rallies.