Israel Report: Netanyahu to Decide on Bennett, Early Elections After the Weekend
Israel 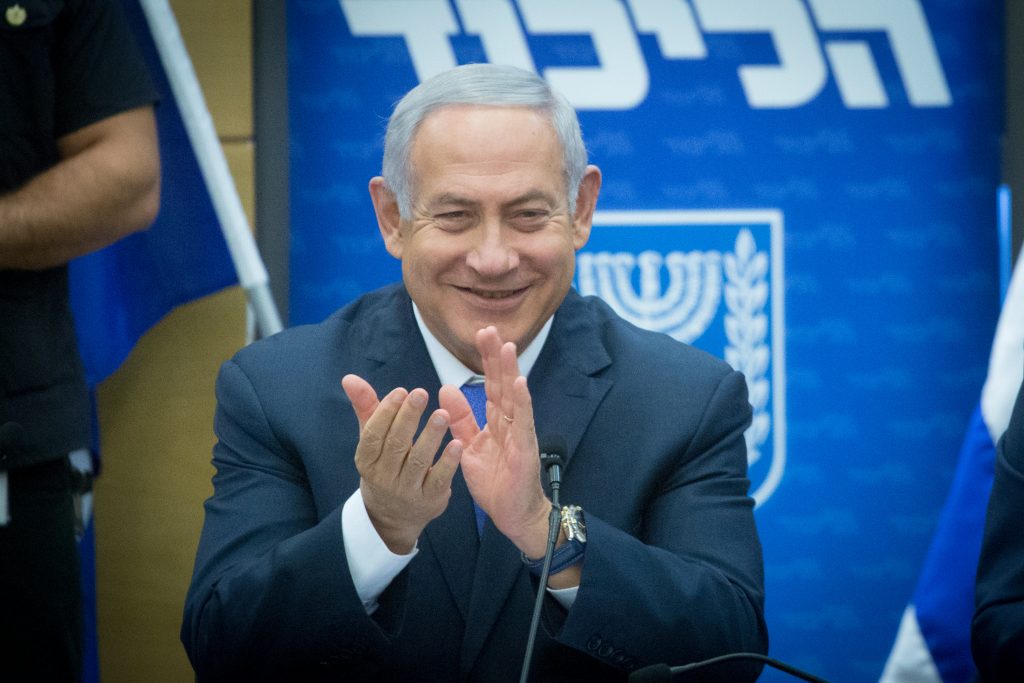 Prime Minister Binyamin Netanyahu will meet in the coming days individually with the heads of all parties in his coalition to determine its future, in the wake of the resignation of Avigdor Liberman from the post of defense minister. Netanyahu is likely to meet with Naftali Bennett, head of Jewish Home, later Thursday, Hadashot News reported – but is unlikely to accede to the demand that he be named defense minister in place of Liberman.

Jewish Home has been adamant in its demand that Bennett be appointed to the post. Speaking earlier on Army Radio, Justice Minister Ayelet Shaked said that Bennett deserved a shot at defense minister. “If anyone knows what to do under these circumstances, it’s Bennett,” she said. “It is in the prime minister’s interests to work with us. Netanyahu needs to decide if he wants elections next November, or sooner.”

With the resignation of Liberman and the official withdrawal of his Yisrael Beytenu party from the government, Netanyahu’s coalition is left with a majority of 61 votes – barely enough to run a government, and making early elections a near certainty, coalition chairperson MK David Amsalem told Reshet Bet Thursday. However, Hadashot News reported, Netanyahu would make the final decisions  – whether to appoint Bennett as defense minister and whether to hold elections earlier than the set date of November 2019 – only after he meets with his coalition partners and takes the weekend to think about his next move.

Liberman and Netanyahu have not spoken since the outgoing defense minister said he would leave his post. During his remarks at a press conference Wednesday announcing his decision, Liberman said that he would make a point of speaking to the prime minister about the situation. In his remarks, Liberman said that he had quit because of what he considered the government’s weak response to the mini-war in Gaza this week, and the quick acquiescence of Netanyahu to a ceasefire, which he himself opposed.